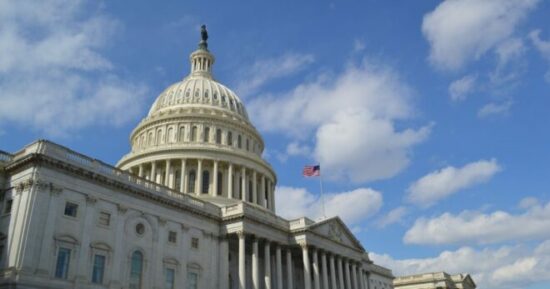 Washington, DC – Iraq and Afghanistan Veterans of America (IAVA) had an incredible year of success in Washington, DC, obtaining many wins for our top priority: our nation’s veterans and military families. As we look to continue our work into the new year, we reflect on our 2022 wins and accomplishments we obtained on behalf of our community.

IAVA is proud to announce the success of several key legislative priorities our organization has been working to pass into law. They include:

Additionally, for the first time since 2012, IAVA was proud to announce that the organization’s Charity Navigator Rating was upgraded to four stars, the highest rating an organization can achieve. The score is based on IAVA’s recently submitted IRS form 990 and is a three-year average of IAVA’s financial performance.

“2022 is the perfect example of what our veteran community can accomplish when we come together,” said Jeremy Butler, CEO of IAVA. “Not only did we pass the largest health care bill for veterans, but we continued to fight, literally to the closing minutes of the 117th Congress, to ensure that our country takes care of those who served it. Unfortunately, our work is not finished, and we are already back at work to ensure that we continue to defend veterans’ hard-earned benefits, and we never forget our allies who still need our help.”

IAVA remains focused on the year ahead, and will continue their work to educate the community on the benefits available for toxic exposures, keep the promise America made to her allies by working to pass the Afghan Adjustment Act, empower veterans who want to use medical cannabis through the passage of the VA Medicinal Cannabis Research Act, and defend the post-9/11 GI Bill by giving military-connected students more information about their education options through the College Transparency Act.

IAVA is the voice for the post-9/11 veteran generation. With over 425,000 veterans and allies nationwide, IAVA is the leader in non-partisan veteran advocacy and public awareness. We drive historic impacts for veterans and IAVA’s programs are second to none. Any veteran or family member in need can reach out to IAVA’s Quick Reaction Force at quickreactionforce.org or 855-91RAPID (855-917-2743) to be connected promptly with a veteran care manager who will assist. IAVA’s membership is always growing. Join the movement at iava.org/membership.