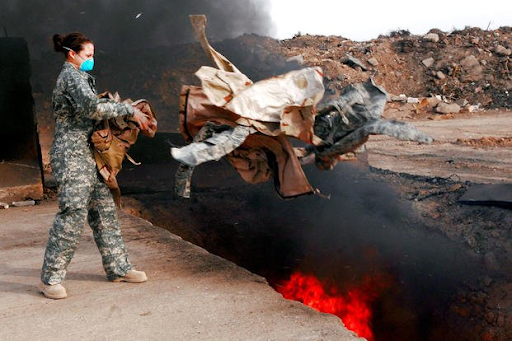 Washington, DC – Today, Iraq and Afghanistan Veterans of America (IAVA) assisted in a press conference to introduce the Presumptive Benefits for War Fighters Exposed to Burn Pits and Other Toxins Act of 2020.

“For IAVA members, the data is clear: 86% of members have been exposed to burn pits or other toxic exposures, and 88% either have or may already have symptoms from that exposure. It is past time that veterans exposed to these deadly toxins receive the benefits that they deserve,” said Jeremy Butler, CEO of Iraq and Afghanistan Veterans of America. “We thank Senator Kirsten Gillibrand and Representative Raul Ruiz for their important leadership to ensure that veterans exposed to burn pits and other toxic exposures will be able to get a presumption of illness for that exposure.”

The legislation was introduced by Senator Kirsten Gillibrand (D-NY) and Representative Raul Ruiz (D-CA) with input from IAVA, as well as other Veteran Service Organizations and talk show host and advocate Jon Stewart.

In addition to a presumption of illness this bill would establish specific diagnosis criteria for veterans who have been exposed to toxins during their military service, as well as mandates research on burn pit exposure links to specific illnesses, essentially simplifying treatment.