IAVA Welcomes Nomination of Gen. Joseph Dunford Jr. to Chairman of the Joint Chiefs of Staff

Washington, D.C. (May 5, 2015) – Today, President Obama announced Marine Commandant Gen. Joseph Dunford Jr. as his nominee for Chairman of the Joint Chiefs of Staff to succeed Gen. Martin Dempsey, who has served four years as chairman. Iraq and Afghanistan Veterans of America (IAVA), the leading post-9/11 veteran empowerment organization (VEO) with the most diverse and rapidly growing membership in America, welcomed the nomination. IAVA staff member Elizabeth Welke was at the White House today for the announcement at the invitation of the President. Welke, who previously worked on Capitol Hill, is the wife of a U.S. Marine Corps veteran who served in Operation Iraqi Freedom from 2005-2006. 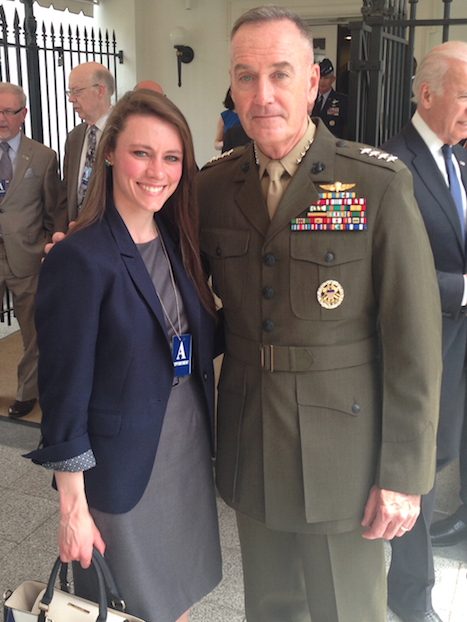 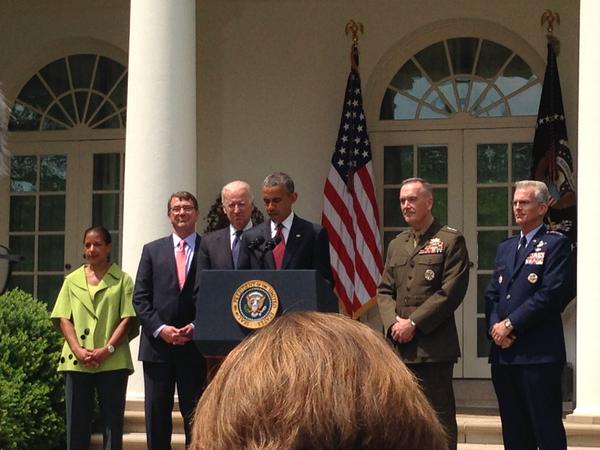 “President Obama could not have nominated a better replacement to Gen. Dempsey as Chairman of the Joint Chiefs of Staff,” said Matt Miller, IAVA’s Chief Policy Officer. “I was fortunate to see Gen. Dunford in action while I was assigned to the International Security Assistance Force (ISAF) headquarters in Kabul, Afghanistan from 2013-2014. His dedication to the mission, and to those who served under him, should stand as an example for all senior leaders to follow, and I have complete confidence in his ability, determination and leadership of our nation’s military forces.”

Gen. Demsey has served in uniform for more than 40 years, where he has proven to be a staunch advocate for both active-duty service members, veterans and their families.

IAVA urges the Senate to quickly confirm Gen. Dunford’s nomination during this critical time. As tensions remain high in the Middle East, our country must remember to care for the veterans we are still welcoming home. IAVA looks forward to our continued partnership with the Pentagon on critical issues such as combating suicide and improving access to quality mental health care. We hope Gen. Dunford will continue to engage the veteran community with the same drive and passion as his predecessor.