NEW YORK (July 27, 2015) — Tuesday, July 28, Iraq and Afghanistan Veterans (IAVA) is proud to partner with the NYC Veterans Alliance to present the Forum on NYC Veterans Policy at the New York Public Library. John Oliver, host of HBO’s Last Week Tonight with John Oliver and husband of an Iraq war veteran, will open the event and introduce a panel of leading advocates within the veterans community. The event is free and open to the public with reservations, available here: bit.ly/NYCvetforum 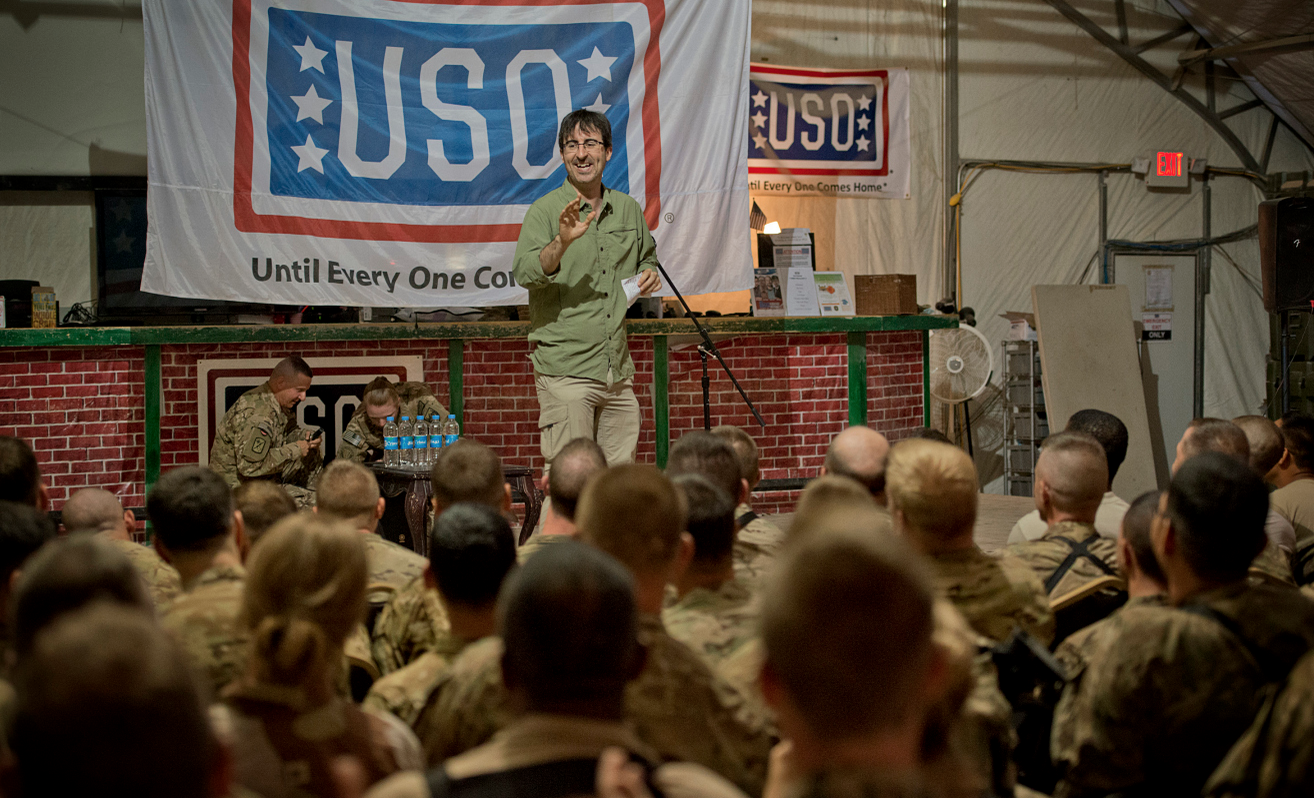 Veteran’s advocates will participate in an in-depth discussion about city-level policies affecting the lives of New York City’s 220,000 veterans and service members, and their estimated 250,000 spouses and dependents. Taken together, this population represents one in every 16 New Yorkers who are affected by city-level veterans policies.

The discussion follows the release of the NYC Veterans Alliance report, Change is Essential: A Community Weighs in on Veterans Policy, and will address current issues, challenges and potential solutions to improve the lives of New York City veterans, service members and their families. Representing IAVA on the panel is Julienne Williams, a U.S. Air Force veteran and Veteran Transition Manager for IAVA’s Rapid Response Referral Program (RRRP) program, which connects veterans with the resources they need to meet their goals. RRRP is IAVA’s one-on-one case management and referral service program. Since its launch in late 2012, we’ve helped over 3,600 veterans and family members through free and confidential support and connections to quality resources and benefits.

In addition to Ms. Williams, the evening will include the following distinguished panel of veterans and advocates:

Immediately following the event, attendees are invited to join IAVA and the NYC Veterans Alliance for a VetTogether to continue the discussion and to connect with other vets, a few blocks from the Library at Galway Pub.

About NYC Veterans Alliance
Launched in January 2015 by a group of NYC veterans and service providers, the Alliance is a nonpartisan, grassroots coalition dedicated to connecting NYC veterans and organizations, advocating for improved policies that affect veterans and their families, informing the NYC veterans community and the public about policies and news affecting them, and empowering veterans to speak up and take action. Learn more and get involved at www.nycveteransalliance.org.