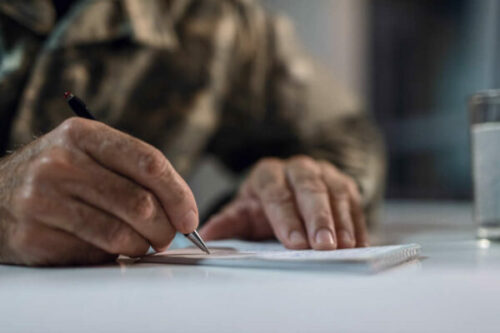 “Transitioning from military service to a civilian career can present unique challenges,” said Tom Porter, Executive VP, Government Affairs for IAVA. “For years, IAVA has worked with the House VA Committee to increase economic opportunities for veterans, including most recently during COVID with the establishment of the Veterans Rapid Retraining Assistance Program (VRRAP) to help those who have lost jobs as a result of the pandemic. This program is a prime example of how Congress can be responsive to veterans during this time of critical need.”

This event will provide an overview of the VRRAP and the Veteran Employment Through Technology Education Courses (VET TEC). It will also cover the challenges of reentering the workforce, opportunities for expanding veteran employment and resources available to veterans seeking employment.

“I’m so excited to join IAVA again on Wednesday to talk about veteran education and employment. Veterans are an asset to any workplace. That is why the veteran unemployment rate had fallen to a near-record low before the economy was devastated by COVID-19. I am laser focused on helping connect out-of-work veterans with the training and opportunities they need to get back on their feet now that the pandemic is ending. IAVA has been a key partner in that. I look forward to talking about our efforts on behalf of the men and women who have served,” said Ranking Member Bost.

“We are excited to partner with IAVA to help the veteran community navigate the system of post-service employment,” said Lauren Augustine, VP of Government Affairs of SVA. “Connecting student veterans to resources they need to succeed in their professions is of utmost importance to us.”