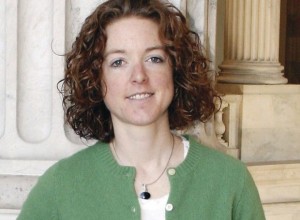 “Allison comes to IAVA as a proven leader with a wealth of diverse political experience inside and outside the Beltway,” said IAVA Founder and CEO Paul Rieckhoff. “Allison’s command of the political spectrum on Capitol Hill and the campaign trail, and first-hand knowledge of veterans issues will be a tremendous asset to our growing, dynamic policy team.”

As Director of Political and Intergovernmental Affairs, Jaslow supports the development of IAVA’s annual policy agenda and advocacy campaigns, and leads IAVA’s engagement with other Veterans Service Organizations, government agencies and advocacy organizations. Jaslow is a former Army Captain who served two combat deployments in Iraq and has a diversity of experience that includes stints on political campaigns across the country, in the White House and on both sides of Capitol Hill. She recently served as chief of staff and campaign manager for Congresswoman Cheri Bustos (D-Ill.) and was also press secretary for Senator Jim Webb (D-Va.), where she was involved in the veteran leader’s efforts to protect the legacy of the Post-9/11 GI Bill.

“I’m proud to be one of the one percent of Americans who can relate to those who saw combat after 9/11 and even prouder to have the opportunity to join an incredible organization that gives our entire generation of veterans a voice,” said Jaslow. “IAVA’s advocacy has made an indelible impact on the lives of countless veterans and military families, and I’m thrilled to play a part in keeping us in the center of important public debates.”

Jaslow graduated from the University of Central Missouri, where she was a proud member of the Fighting Mules ROTC Battalion, and serves on the Board of Trustees at Wentworth Military Academy and College, where she began her undergraduate study, located in Lexington, Mo.

Jaslow joins IAVA’s staff based in New York, California, Washington, D.C. and Atlanta, which includes a mix of veterans and civilians who represent diverse areas of expertise and backgrounds. All IAVA staff demonstrate a deeply personal and professional commitment to the veteran community.