Bipartisan opposition grows in the House and Senate 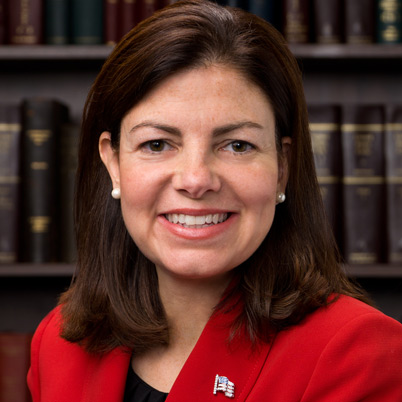 “Today Sen. Ayotte stepped up for our veterans and their families in a big way. When the post-9/11 generation of veterans issued a call for action, she answered, and her leadership will never be forgotten,” said IAVA Founder and CEO Paul Rieckhoff. “As the wife of an Iraq war veteran currently serving in the Air National Guard, Sen. Ayotte understands first-hand the sacrifice made by military families and her insights are brought to bear as Chair of the Armed Services Subcommittee on Readiness. It is unfortunate that the President and more senators have not yet stood up for those who have sacrificed for their country the way that Sen. Ayotte has for the 113,000 New Hampshire veterans she represents. Platitudes don’t count. At election time we don’t want to hear ‘I support vets’ if our elected officials do not make their voices heard now during this critical fight to protect the Post-9/11 GI Bill.”

“Our troops – and their families – make great sacrifices every day in their service to our country, and we have a responsibility to deliver on the promises we made to them in return,” said Sen. Ayotte. “This cut is an unacceptable reduction in benefits for enlisted service members and their families, and could mean a reduction of up to $11,000 per year for service members’ children in New Hampshire. I am strongly opposed to this misguided provision and will continue to stand up for our troops and their families to deliver the benefits they have earned.”

IAVA, which led the passage of the Post-9/11 GI Bill in 2008, has recently focused national attention on congressional attempts to cut the earned veteran benefit. In February, the House passed H.R. 3016, which calls for a 50 percent cut to the housing allowance that children will receive if their military or veteran parent transfers the benefit to them. A similar bill (S.425) is making its way to the Senate floor. IAVA is calling on all Members of Congress to defend the Post-9/11 GI Bill from this and any future cuts to the vital program. Since IAVA launched the #DefendTheGIBill campaign in March 2016, IAVA members have sent more than 17,000 letters to Congress.

IAVA’s campaign to defend the GI Bill has been joined by veteran and military service organizations representing a diverse cross section of community of those who have served, including Vietnam Veterans of America (VVA), Air Force Sergeants Association (AFSA), Association of the United States Navy (AUSN) and Commissioned Officers Association (COA).

The Post-9/11 GI Bill has been used by nearly one million veterans and their family members to accomplish educational goals and chart new career paths. For more information about IAVA’s campaign to defend the GI Bill, visit: iava.org/post-911-gi-bill-pledge/.