Celebrating 4 Years of Success, Butler to Step Down as IAVA CEO 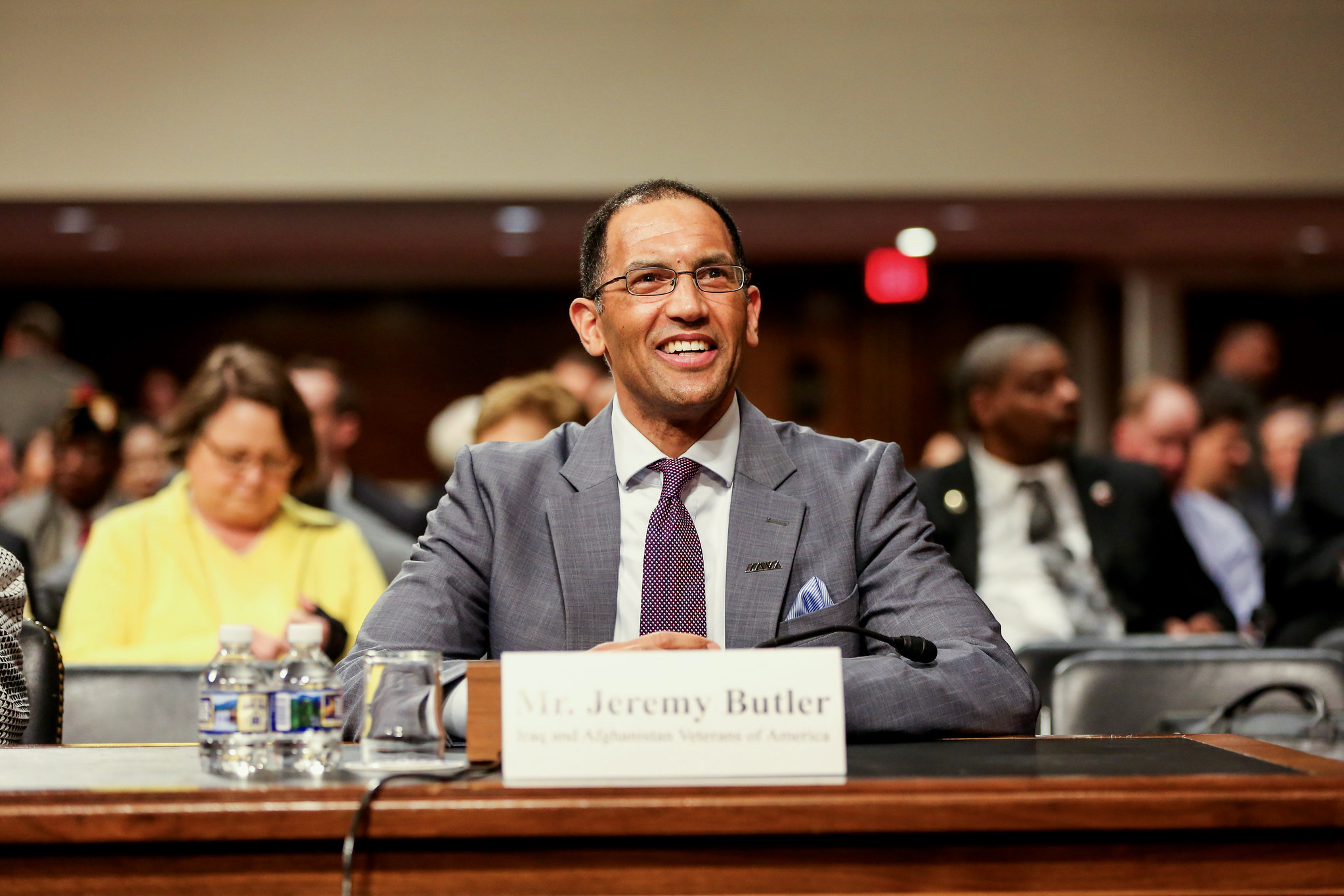 New York, NY – After nearly 4 years serving as CEO of Iraq and Afghanistan Veterans of America (IAVA), positioning the organization as a leader in the fight for America’s veteran community, Jeremy Butler announced that he will step down and help to pass the organization on to the next generation. During his tenure, Butler oversaw unprecedented IAVA-led successes for the post-9/11 community, including the recent passage of the Sergeant First Class Heath Robinson Honoring our PACT Act. This law ensures veterans impacted by toxic exposures will receive the health care and benefits they deserve. Additional wins included closing the 90/10 GI Bill loophole, passing the Deborah Sampson Act to improve services for women veterans, and multiple bills focused on improving mental health care and reducing veteran suicide, including the Commander John Scott Hannon Veterans Mental Health Care Improvement Act, creation of the 9-8-8 crisis hotline, and the Sgt. Ketchum Rural Veterans Mental Health Act.

“I have had the great privilege not only of serving my country as a member of the United States Navy for over 22 years, but also of working on behalf of our nation’s veterans as part of the IAVA team for over seven years,” said Jeremy Butler, IAVA CEO. “I have never had a more challenging yet rewarding opportunity, and I am incredibly grateful for having the chance to work with, for, and alongside so many incredible people. IAVA has positively impacted the lives of so many in the veteran community since its founding in 2004 by Paul Rieckhoff and, while it is time for a new chapter for me, the importance of IAVA is only growing. I’m incredibly excited to work with Board Chair Bruce Mosler and the rest of the IAVA Board of Directors over the coming months to put in place a new CEO and to ensure a smooth transition and continued success for IAVA well into the future.”

During his tenure as CEO, Butler also oversaw the rapid expansion of IAVA’s “Quick Reaction Force,” a program that directly addresses the needs of veterans and their families no matter the challenge. Over the last three years, the program expanded from helping hundreds of veterans to thousands of veterans per year, with an exceptional increase experienced during the Covid-19 pandemic. During the same period, IAVA achieved the prestigious 4-Star Charity Navigator rating, partnered with fellow groups to launch the Veterans Coalition for Vaccination, passed the Afghan War Commission Act, fought successfully for military justice reforms to aid sexual assault victims in the military, and joined with many others to ensure the integrity and stability of our democracy.

“Jeremy has been an intrepid and inspiring leader for IAVA and for all Americans,” said Paul Rieckhoff, Founder of the organization. “As CEO, he has led our IAVA community (and our nation) through some of the toughest and most perilous times in memory. His courage, experience and example have inspired and united our movement when we needed it most. He is widely respected and his legacy is strong. From leading the veterans community through the COVID pandemic, to the passage of the PACT Act, Jeremy has served as a powerful role model for a generation of veterans. He leaves IAVA with a lasting legacy and in a great position to continue to soar into its third decade of impact. We are all grateful for Jeremy’s tremendous service and look forward to seeing him continue to do great things.”

“It has been an incredible honor to return to the IAVA board and serve as interim Chair while working with Jeremy to make IAVA the most effective organization today that is advocating on behalf of our nation’s post-9/11 generation of veterans,” said Bruce Mosler, IAVA Interim Board Chair. “The success achieved during his tenure as CEO is unprecedented and I am excited to continue our work together to find the next great leader of this team.”

Despite the announcement of the transition, IAVA’s leadership in the fight for our nation’s veterans continues without pause. The group remains focused on keeping the promise America made to her allies by working for passage of the Afghan Adjustment Act and also recently launched a campaign to fully address the scourge of veteran homelessness that begins with leading a coalition to pass the  Building Solutions for Veterans Experiencing Homelessness Act.

IAVA has partnered with  Kittleman & Associates to find the next CEO. For more information and to apply, click here.