Washington D.C. (December 4, 2014) – Today, IAVA veteran members delivered a petition to Majority Leader Harry Reid (D-Nev.) calling on him to bring the Clay Hunt Suicide Prevention Bill to the Senate floor before Congress adjourns next week. The hand-delivered petition includes signatures of more than 59,000 IAVA veterans and family members urging Congress to help reverse the trend of 22 veterans dying by suicide every day.

“We’ve been hammering lawmakers on combating veteran suicide for an entire year and expect Senator Reid to bring the bill to the floor for an up or down vote,” said IAVA CEO and Founder Paul Rieckhoff. “Our country must ensure its veterans can access the care they need –- the care we promised them when they put on the uniform. Twenty-two veterans die by suicide each day. And time is running out. Our members are counting on Congress to act now to pass this bill. Senator Reid must stand with us and get this historic bill passed before Congress breaks for the holidays.” 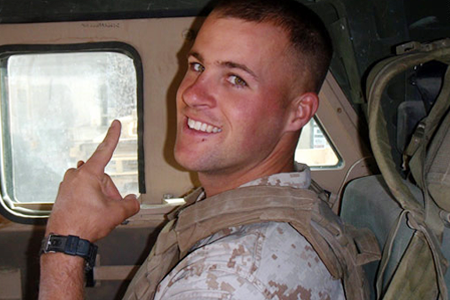 The bill is named after Iraq and Afghanistan war veteran Clay Hunt, a Marine who died by suicide in 2011.

Last month, IAVA surveyed its veteran members to ask them about their experiences with mental health issues. While confidentiality prevents IAVA from revealing any names, common themes emerged:

“As a veteran who has had good friends die due to suicide and having had thoughts of my own that lead towards it, it is extremely important not to sweep these things under the rug, but to address the problems.” – North Las Vegas, Nev.

“A veteran can feel very alone. Been there. I want to be there for my brothers and sisters.” – Las Vegas, Nev.

“As a disabled veteran who has personally struggled with depression and at times thought of committing suicide, I want all veterans to know there are people who care about them.” – Las Vegas, Nev.

“Have dealt with three suicides at my base within last 12 months … do not want any more lives lost.” – Nellis AFB, Nev.

“Every year I lose another brother.” – Sparks, Nev.

Since the beginning of 2014 IAVA has been a leading voice for the post-9/11 veteran community, calling on members of Congress, the White House, Department of Veterans Affairs and Department of Defense to address veteran suicide.

The legislation, spearheaded by IAVA, is named after Iraq and Afghanistan war veteran Clay Hunt, a Marine who died by suicide in 2011. On Nov. 19, Clay’s mother Susan Selke testified before the Senate Veterans Affairs Committee that her son’s appeal for 100 percent disability for post-traumatic stress disorder was approved five weeks after he died.

And in late August, President Obama announced executive action on mental health for veterans and active-duty servicemembers. The executive action was created in consultation with IAVA and included new initiatives on raising awareness for suicide prevention, mental health research, pilot programs on peer support and more.