Sen. Isakson is retiring at the end of the year after 20 years of service on Capitol Hill, which began when he was elected to the House in 1999. He has served in the Senate since 2004, chairing the Veterans Affairs Committee since 2015.  IAVA will always remembers his remarkable tenure as chairman, marked by passage of landmark veterans legislation, including the IAVA-championed Clay Hunt Suicide Prevention for American Veterans (SAV) Act, VA Accountability and Whistleblower Protection Act, Harry W. Colmery Veterans Educational Assistance Act, VA MISSION Act, Veterans Appeals Improvement and Modernization Act, and many others.

Through his aggressive, sustained, and committed efforts, Chairman Isakson has fought to improve the lives of our nation’s veterans, and he has set the example for all in how success can be achieved across the aisle for those who have borne the battle, even in a highly partisan era in Washington. 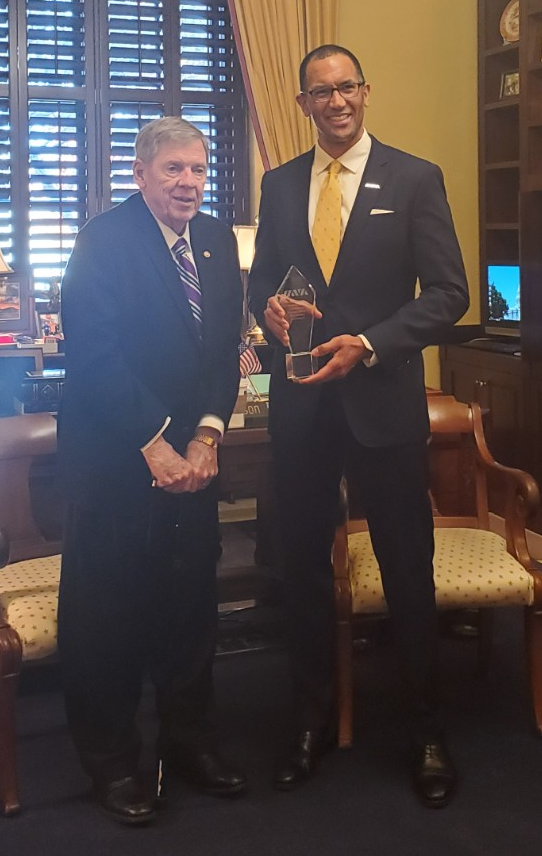 “Since the time of his own service in the Georgia Air National Guard, Sen. Isakson has understood the importance of taking care of our nation’s veterans and that has proven true through his advancement of important legislation benefiting veterans and improving the function of the VA,” said Butler.  “IAVA salutes his service, commitment, and lifetime achievement on behalf of those who have served and sacrificed.”

“I appreciate Iraq and Afghanistan Veterans of America for honoring me with the Lifetime Achievement Award for my work on behalf of our nation’s veterans as chairman of the Senate Committee on Veterans’ Affairs,” said Senator Isakson. “Our veterans have earned the best we can give, and it’s important that we deliver on our promises.”