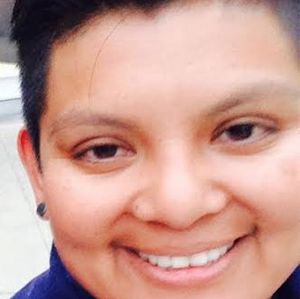 Vaniesha goes by ‘V’ for short currently lives in Culver City, CA and originally from Hopi, AZ. She served 8 years in the Navy as an IT from ’98 – ’05 exiting as an IT1(E-6). She served in several theaters and operations including OEF. V currently works as a Certification Manager for a Movie Streaming company (M-GO), and in her spare time she runs and plays semi-pro full tackle football as a offensive lineman and defense. She recently became a co-owner of a women’s Football team in the WFA. V has been a part of IAVA since 2010 and tries to participate in veterans events as much as she can.