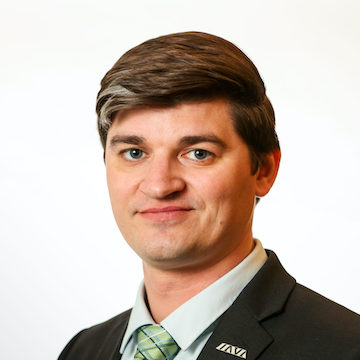 At IAVA: Travis Horr helps lead IAVA’s Washington DC Legislative and Policy efforts. He has delivered testimony on Capitol Hill, conducted interviews with various media outlets, and have met with senior leadership at both VA and DoD in order to advocate for the post-9/11 generation of veterans.

Professional Background: Prior to joining the IAVA team, Travis worked at a consulting firm in Portland, Maine assisting Fortune 500 clients, as well as political campaigns in both Maine and Delaware.

More about Travis: Travis graduated from the University of Southern Maine with a B.A. in Political Science, thanks to the Post-9/11 GI Bill. Prior to college, Travis served in the Marine Corps Infantry, and was stationed at the historic Marine Barracks “8th & I” in Washington, DC, as well as Camp Pendleton. He served one on one tour to Helmand Province, Afghanistan in 2010-2011.

Ask Travis about: When Travis is not at work he is usually with his dog, Asha, watching football, or playing board games with friends.