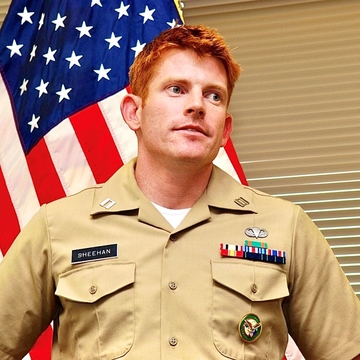 Background: Will hails from Bayonne, NJ – better known by the New Jersey native as the “Peninsula of Opportunity”. Will was a teenager living across the river from Manhattan when the Twin Towers fell. In one day, our entire country changed – and with it, so did the course of Will’s personal and professional life.

Less than a year later, Will entered the U.S. Naval Academy, at Annapolis. Upon graduation, he was commissioned and served for nine years as a SEAL Team Intelligence Officer. Will works closely with non-profits in and out of the veterans space designing policy and advocating outreach.  A veteran member of IAVA, Will saw firsthand the value of advocating for policy and public funding for his fellow veterans.

We owe our veterans and their families a debt of gratitude that can never be repaid, through his advocacy, Will continues to champion IAVA’s priorities by putting pen to paper on legislation that further helps those who have given so much in service to our country.

Will is a veteran of Operation Iraqi Freedom and currently resides in his hometown of Bayonne with his 10-year-old Australian Shepherd, “Mickey. Will believes in the power of Public Service, Marquess of Queensberry Rules, and Uncle Sam.