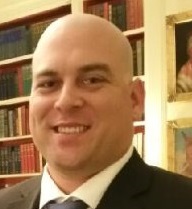 As Field Coordinator, Steven is responsible for the new and growing VetTogethers initiative, which encourages community-building through member-led monthly events in the San Diego, CA area. Steven will also act as a RRRP Liaison and advocate with service providers, VSOs, community organizations and Camp Pendleton with support from RRRP Team members. Steven is a US Army Veteran who served from 2008 – 2011. In 2009 he deployed to Kirkuk, Iraq where he and his unit conducted Route Clearence. His unit was awarded a unit meritorious award for having the highest find to detonation ratio in Northern Iraq. Steven has worked as an IAVA Volunteer in a number of capacities