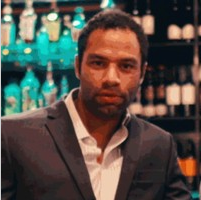 SFC Micah J. Robertson (Cameron, NC) originally born and raised in Illinois, just outside of a small country town called Milledgeville. He grew up milking cows and bailing hay. Upon finishing high school, he enlisted in the United States Army. SFC Robertson has a total of 7 years in the Special Operations community and over 54 months of rated Operation Detachment-Alpha (ODA) team time. At the age of 24 SFC Robertson earned the coveted Green Beret and was assigned to 1st SFG (A) to serve as a Special Forces Engineer SGT on ODA 1224 a Military Freefall insertion team. SFC Robertson also deployed with ODA 1224 to Afghanistan in 2013 for 7 months searching for and destroying elements of the Taliban. SFC was selected to become an instructor at the United States of America John F. Kennedy Special Warfare Center and School which is the school house that trains up and coming soon to be green berets in the Special Forces Qualification Course. SFC Robertson is currently still serving in this capacity.