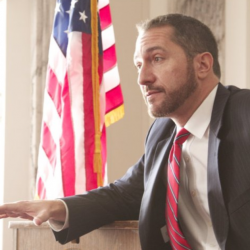 As Chief Communications Officer, John is responsible for IAVA’s external communication strategy, brand and marketing development and overall constituent engagement. Most recently John was partner and managing director of international development for DC based Qorvis Communications. He spent three years traveling overseas offering strategic political and communications counsel to governments and corporate clients in the Middle East, Europe and Asia. John also spent three years as Communications Director to Senate Foreign Relations Committee Member and former Virginia Governor George Allen and also was elected as President of the bi-partisan Senate Press Secretaries Association. Later Reid was chosen to lead the U.S. Chamber of Commerce editorial communications department where he served as executive editor of the Chamber’s flagship member magazine. Reid has extensive experience and insight into media culture having worked for 10 years as a television reporter and as the long time morning and noon news anchor at the ABC affiliate in Richmond, VA. He also has the distinction of having begun his career as an intern and staff assistant to former President Ronald Reagan in Los Angeles. Reid earned his degree in political science from Baylor University in Waco, Texas. He has served as an adjunct professor of communications at Virginia Commonwealth University and has lectured and spoken on politics and communications across the country.