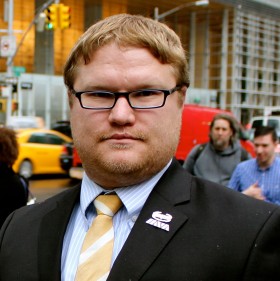 As Director of External Program Relations, Jason manages the partnerships which support IAVA’s programs, growing and maintaining relationships that foster resources and build supportive environments for the veteran community. Prior to joining IAVA, Jason completed an 8-year enlistment in the Army Reserves as a Civil Affairs Sergeant. From 2004 to 2005, he was deployed to Mosul, Iraq as the Operations NCO of a Civil Affairs company and helped manage hundreds of reconstruction projects. Jason graduated from the University of Washington with a B.A. in Political Science and a minor in Near Eastern Language and Civilization.