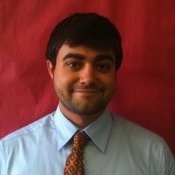 Daniel Dowd began working at IAVA during the Summer of 2015. He believes that operational efficiency, competence, and technology play an important role in creating a successful workplace so that staff can devote more of their time and energy to executing the mission. Mr. Dowd has worked in operations in the education, government, and private sectors for the last eleven years. He served five years in the Armed Forces as an intelligence analyst and Arabic linguist during which he spent a year overseas in Baghdad. Daniel earned his degree in the service at the Defense Language Institute in Monterey, CA. Daniel lives in Brooklyn and is currently pursuing a second degree in Management