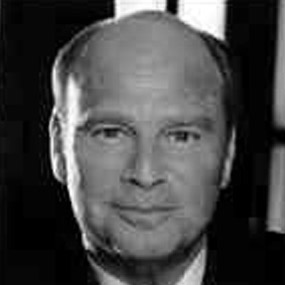 Bruce J. Klatsky is the former Chief Executive Officer of Phillips-Van Heusen Corporation. Mr. Klatsky, who was appointed Chief Executive Officer of the company in 1993 and was elected its Chairman in 1994, guided Phillips-Van Heusen through a period of significant growth and expansion. He oversaw the operations and strategic direction of the company, a 120-year-old enterprise that is one of the largest apparel and footwear companies in the world. In 2002, he spearheaded the company’s acquisition of Calvin Klein Inc., adding one of the world’s great lifestyle brands to a stellar roster that also includes market-leading names in men’s shirts, footwear and sportswear. He joined Phillips-Van Heusen in 1971 as a merchandising trainee after graduating cum laude from Case Western Reserve University and studying law at the Georgetown University Law Center. After working his way through the management ranks for 16 years, he was named President of the company in 1987.

Mr. Klatsky is an emeritus member of the Board of Directors of Human Rights Watch, a member of the board of Business for Social Responsibility, Thirteen/WNET and the American Apparel and Footwear Association; a Trustee of Case Western Reserve University; and a past member of the Executive Committee of the American Apparel Manufacturers Association. He served on President Clinton’s White House Apparel Task Force, which addressed working conditions around the globe, and as an advisor on U.S. trade policy to the administrations of Presidents Reagan and Bush. He has also served as a trustee of the Beth Israel Medical Center in New York City. Mr. Klatsky resides in New York with his wife of 35 years, Iris.