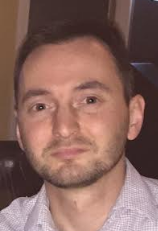 Bruce was born in New Haven, CT and raised in neighboring West Haven, CT.  While a student at West Haven High School he witnessed the 9/11 attacks from his Junior History Class.  Influenced by this, he enlisted in the CT Army National Guard in 2002 as an MP and was assigned to the 134th Military Police Company in Norwich, CT.  His first deployment was to Louisiana in 2005 for Hurricane Katrina recovery.  The next year he received orders to deploy to Iraq.  Bruce spent 12 months in Mosul on a Police Transitional Team mission, ensuring the Iraqi Police have the tools and know how to succeed.  Bruce Returned home in October 2007 and went back to Southern Connecticut State University where he completed his BA in English in 2010.  Bruce currently resides in West Haven and is active in many non profits and charitable endeavors.