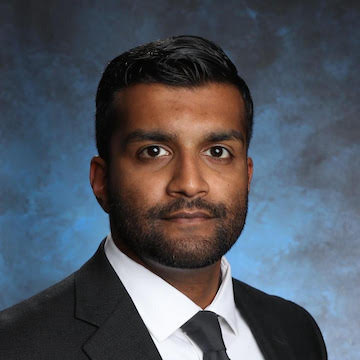 At IAVA: As Legislative Counsel and Senior Associate of Government Affairs, Advaith advocates for policies impacting veterans, their families, and caregivers. He works to build coalitions and relationships with elected official, business partners, veteran service organization partners and government agencies to ensure the successful implementation of IAVA’s legislative agenda.

Advaith anticipates and understands federal legislative activities to develop recommendations and prepare communications for the IAVA senior leadership team in order to strategically shape and implement IAVA’s legislative agenda. Advaith testifies on behalf of IAVA before Congress and advocates other governmental entities on public policy legislative issues of importance to the IAVA, veterans, their families, caregivers and survivors. He supports the IAVA’s efforts to bring the needs of veterans and their families into the consciousness of the American public through our traditional and social media initiatives that underscore our Big 6 priorities.

Professional Background: Advaith brings over ten years of experience as a veteran advocate with a focus on toxic exposure, mental health, access to VA healthcare, education and employment programs. He has lobbied local elected officials in Orange County, California along with advocating members of Congress with Veteran Service Organization coalitions on Capitol Hill.

More about Advaith: Advaith graduated high school in Bakersfield, California and then enlisted in the United States Marine Corps. During his time in the Marine Corps, he served as a crew chief on C-130s. He served all over the world supporting missions and training exercises in Japan, Australia, Guam, Kuwait, Thailand, the Philippines, and South Korea. His military awards include a Certificate of Commendation; a Navy and Marine Corps Achievement Medal; the Operation Iraqi Freedom Campaign Medal; the Operation Enduring Freedom Campaign Medal; and seven Air Medals.

Following his service in the Marine Corps, Advaith began advocating for veterans while attending community college. He went on to graduate from the University of California, Irvine in 2016 with Phi Beta Kappa Honors. He earned his Juris Doctor from Chapman University, Dale E. Fowler School of Law in 2019.

Ask Advaith about: The Dodgers, Rams, Lakers, and the best beaches in Southern California.