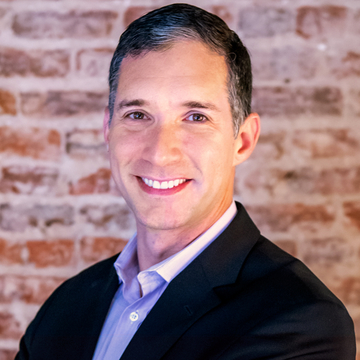 Adam Clampitt, founder and President of DCG, is a seasoned executive and manager. With vast experience in strategic communications, corporate and government public affairs, internal communications, digital media, and community relations, he develops and implements integrated communications strategies for clients, overseeing long-range initiatives to improve organizational reputation. Prior to founding DCG, Adam spent four years at WPP sister companies Burson-Marsteller and Hill & Knowlton where he held the position of Vice President and managed several of the two firms’ largest clients.

As a public affairs officer in the military reserve, Adam worked for Gen. Stanley McChrystal as the Director of Public Affairs Planning and Social Media for the NATO-led International Security Assistance Force in Kabul, Afghanistan. In this position, he was responsible for building public affairs capacity during the much-publicized troop surge, and developed the command’s groundbreaking social media strategy that gained international recognition as the most successful military digital campaign to date. As the first person to hold that title, he built the social media network to communicate the mission in Afghanistan to service members and the general public. Adam has received numerous professional awards such as the Defense Meritorious Service Medal, the Navy and Marine Corps Commendation Medal, three Navy and Marine Corps Achievement Medals, NATO Medal for Service with ISAF, and the Afghanistan Campaign Medal.

In his downtime, Adam can be found chasing his twin toddlers up and down the streets of Washington, D.C. and beaches of Fort Lauderdale with his wife, Caitlin.