READ: Celebrating Pride Within the Military 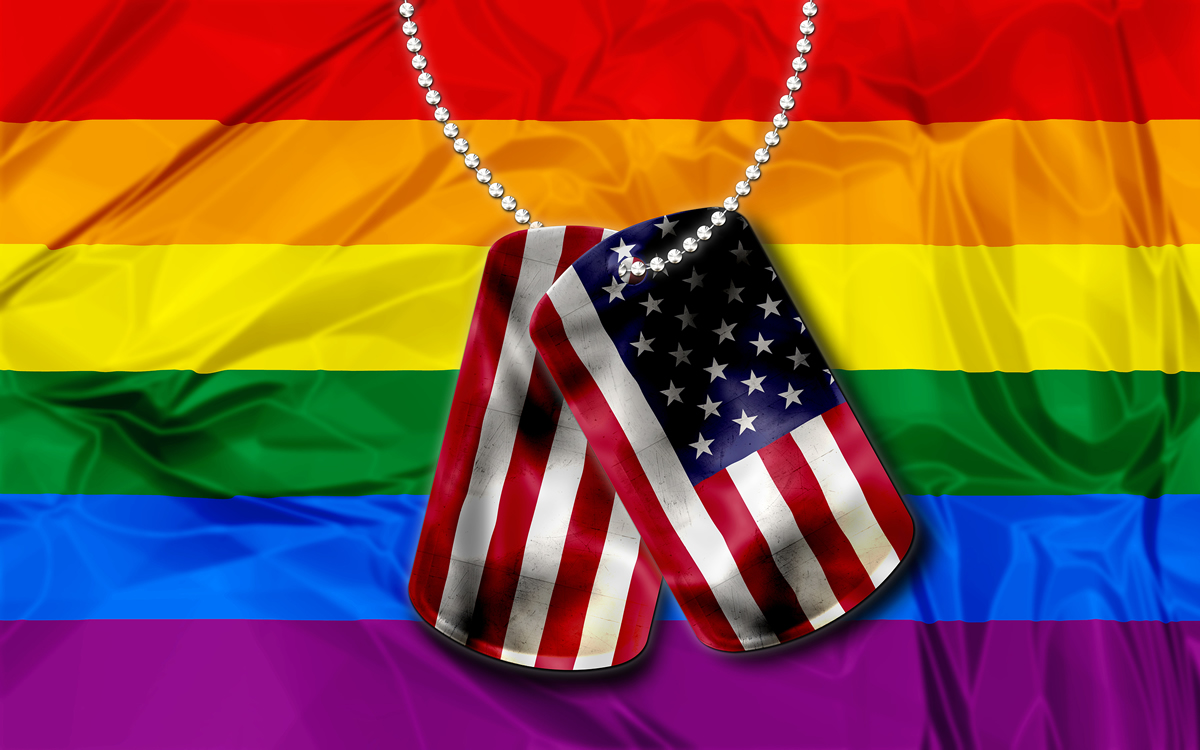 Last Pride month, I called upon fellow Americans to consider each individual’s role in helping champion and support long-awaited change for LGBTQ+ servicemembers and veterans. Now, almost exactly a year later, the progress we’ve seen is minimal at best.

Out of a veteran population of 19 million, an estimated 1 million U.S. veterans identify as LGBTQ+. Yet, in spite of their significant presence, LGBTQ+ veterans continue to face unequal treatment, blatant discrimination, and a far greater number of obstacles than their non-LGBTQ+ counterparts.

Throughout the history of the military, an estimated 100,000 LGBTQ+ servicemembers have been discharged from service simply because of their gender identity or sexual orientation. At least 14,000 of them were discharged under the “Don’t Ask, Don’t Tell” law. These other-than-honorable discharges have caused countless servicemembers to confront unprecedented and life-altering losses, many of them are still dealing with the ramifications today.

An other-than-honorable discharge is more than just a job loss. Its effects can compound further into a series of negative consequences far beyond the discharge itself. Those who are forced to leave the military under such circumstances are not likely to be allowed to re-enlist in the Armed Forces or reserves. Bad paper discharges also hamper future employment opportunities for LGBTQ+ veterans, particularly in the government. This significantly affects the financial security and the overall career trajectory of many.

The direct impacts of these discharges, as well as the constant burden placed on LGBTQ+ veterans to avoid them, have led to horrible health consequences for too many. Ex-servicemembers who were forced out of the military under DADT have reported debilitating mental health issues, including depression and trauma disorders. Thus, it is no surprise, that DADT has left a legacy of high suicide attempt rates (15 times higher than veterans overall) among LGBTQ+ veterans.

COVID-19 has only amplified the dangers faced by at-risk veterans over the past two years. My organization,

Iraq and Afghanistan Veterans of America’s comprehensive care program, the Quick Reaction Force (QRF), has seen a nearly 500% increase in veterans reaching out for help since the start of the pandemic. 72% of the outreach included veterans seeking support for mental health needs, economic insecurity, homelessness, or a combination of those issues.

Our nation has failed to protect those who dedicated their lives to protect others. So how do we push for change? Passing the Equality Act into law is certainly a start. The bill aims to expand federal civil rights protections and prohibits discrimination based on sex, sexual orientation, and gender identity. The bill passed the House with bipartisan support, and advocates are pushing for a vote in the Senate in the coming months.

In addition to the Equality Act, Congress must work to include the proposed “Truman Amendment” to the FY 2023 National Defense Authorization Act (NDAA). The amendment aims to ensure that eligibility for service in the military is not influenced by race, color, national origin, religion, or sex (including gender identity, sex characteristics, or sexual orientation) of an individual. Such non-discrimination policies, while significant on their own, are limited in their application and enforcement as executive orders. Through inclusion in NDAA, the Truman Amendment would codify these protections into law.

While we cannot undo the harm suffered by LGBTQ+ servicemembers and veterans, it is our responsibility to ensure that their sacrifices are recognized and they are given the acceptance and protection they are owed. Together, we can achieve this.

Jeremy Butler is a Navy veteran and the CEO of Iraq and Afghanistan Veterans of America.

This piece was originally published by The Blade on June 23, 2022.