After Afghanistan: The veteran community’s path to healing 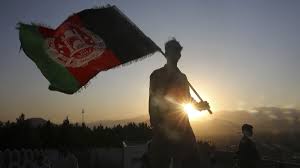 Several years ago, I was catching up with a friend at his home. During our conversations, he showed me an old framed photograph on his study table. The picture was of a younger-looking him, standing next to a Vietnamese man of similar youth. Pointing to the man in the photo he said, “This was my interpreter in ‘Nam. I’ve spent the last half-century wondering what happened to him. He was an ally, a friend.” With a regretful voice, he continued, “You and your fellow veterans don’t need the additional moral injury that comes with abandoning our wartime allies — that’s why I’ll do all I can to help you.”

The fiasco of the Afghan evacuation subjected me to such a moral injury, one my friend, the Vietnam veteran, had warned me about. Nothing can describe the feeling that comes with knowing we abandoned those who stood shoulder-to-shoulder with us for so long. However, I’m not experiencing this alone. Many in the military and veteran community are struggling with this loss and questions about the nature of their service and sacrifice.

After 800,000 U.S. service members deployed, 2,461 were killed, 20,698 were wounded, and more than $2.2 trillion in American taxpayer funds were spent on warfighting, reconstruction programs, building the Afghan National Security Forces, promoting good governance and engaging in counternarcotics efforts, the American people deserve a full and complete accounting of our two-decade effort in Afghanistan. This moral injury will not heal unless our nation undergoes a fundamental questioning and examination of the entirety of the Afghan war — to ensure that we never again burden another generation of veterans in such a manner.

This is why the newly created Afghanistan War Commission, a commendable first step in helping us veterans get the accountability we’ve sought for in Afghanistan, is so crucial. It affects generations of people — in the past, present and future. This body will be responsible for a thorough investigation of every aspect of U.S. involvement in Afghanistan including, examining top level strategic decisions, combat operations, efforts to train Afghan forces, intelligence work, diplomatic efforts, congressional oversight, corruption in the U.S.-backed Kabul government, the development and execution of the Special Immigration Visa (SIV) program, the failure to evacuate our Afghan wartime allies prior to the withdrawal of U.S. troops; the entirety of Operation Allies Refuge; and the collapse of the Afghan government and security forces after 20 years of American aid and investment. The Commission will have four years to conduct its investigation and produce a report. Sixteen members (eight Democrats and eight Republicans) will comprise the committee and two co-chairs (one selected from the Commission itself and one by Congress) will lead its work. No member will be allowed to concurrently hold official office of any other kind while serving on the Commission.

The Afghanistan War Commission will allow for a proper, non-partisan accounting to occur without each side rallying around its preconceived political notions. One of the goals of the investigation will be ensuring that America never repeats the mistakes of Afghanistan (and Vietnam and Iraq) by abandoning its wartime allies again. The Commission will establish the programs, processes, and procedures needed to require the US’ consistent protection of its wartime allies throughout all phases of conflict, including evacuation.

We must use our current organization and public goodwill to make an honest assessment of U.S. policies for Afghanistan over the last 20 years and to pass legislation that will ensure we never abandon another wartime ally to the very enemy we asked them to help us fight — America’s credibility and national security depend on it.

Too much was sacrificed in Afghanistan for us to treat its postmortem as politics as usual. A nonpartisan commission of experts, that doesn’t need to play to the cameras or please politically changed interests, will soon start this important work. The U.S. still has much work to do to keep the promises it made to those Afghans who risked their lives, and the lives of their families, to support U.S. operations in the country. The Commission will keep their plight and the need to evacuate them front and center in America’s consciousness for the next four years. Together, we will ensure that our country keeps its promises to all of its veterans and its allies. This will fundamentally change how our nation goes to and comes home from war.

Matt Zeller is  a U.S. Army veteran and a Senior Advisor to Iraq and Afghanistan Veterans of America. He is also co-founder of No One Left Behind, Advisory Board Chair of the Association of Wartime Allies, a Truman National Security Project Fellow, and an adjunct fellow at the American Security Project.

This piece was originally published by The Hill on December 20, 2021.