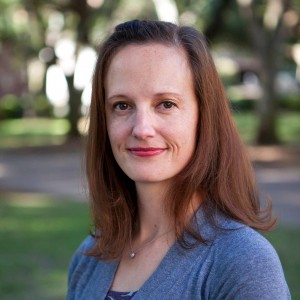 Tell us a little about you outside of the military:
Since leaving the military, I have found both my calling and a place where I fit. In 2015, I was given the opportunity at the College of Charleston to establish their Veteran & Military Student Services office. In 2018, I became the Program Director and I have the privilege of working with veterans transitioning from the military into college.

How did your military experience shape you to be the person you are today?
My military experience taught me what it truly meant to sacrifice and what it means to be part of something bigger than myself. Through my service I discovered that I am strong and capable and what it means to lead and protect others. When I left the military, my desire to serve continued, and it led me to where I am today. I’m still looking after my “troops” everyday by supporting them their transition from the military.

Which one of IAVA’s Big 6 do you believe is the most pressing? Why?
I believe that Combating Suicide among Troops and Veterans is the most pressing Big 6. I’ve lost many friends to suicide over the years and each time, I’ve blamed myself for not seeing the signs or reaching out sooner. They have made immeasurable sacrifices at the expense of both their physical and mental health to keep our country safe. They deserve to get their life back and it starts with treating their invisible wounds. It’s our job as a country to look after them and provide them with the best support, mental health care and treatment options available.

Since then, I have kept my office door open and spent a great deal of time speaking with student veterans struggling with depression and PTSD and encouraging them to visit the VA for help. I’ve even taken students over to the VA on occasion. Between transitioning from the military and battling post-traumatic stress disorder many are on the verge of giving up. I’m grateful that I’m able to do something to help but my biggest fear is what will happen if I’m not in the office one day when they need someone. I’m only one person.