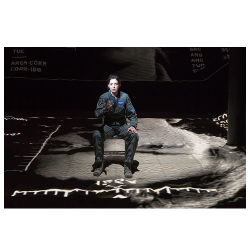 Produced by Julie Taymor and starring Anne Hathaway, this groundbreaking play depicts the story of a female Air Force UAV (drone) pilot. IAVA served as the exclusive charitable partner and technical advisor to the film and connected the producers with Lauren Augustine, UAV pilot combat veteran and IAVA Legislative Associate. Lauren helped Anne understand what life was really like for the character to serve as a drone pilot and provided technical assistance throughout. IAVA also assisted with outreach to the military community for the premiere and was featured in the Playbill.