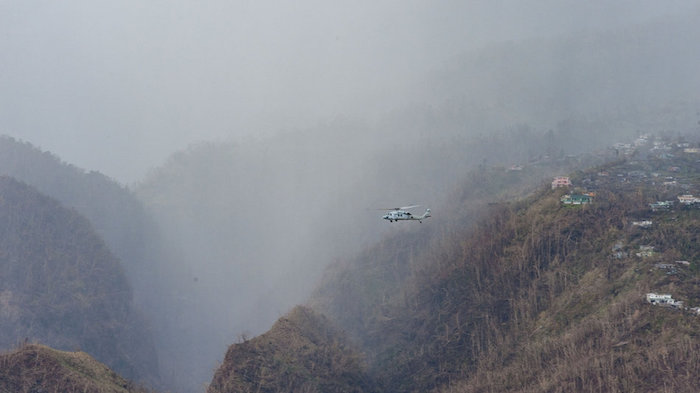 Allison Jaslow did two tours in Iraq, rising all the way up to Army platoon leader. When she came home in 2008, she admits she felt invisible. “I think at a baseline level a lot of people don’t think of somebody who looks like me when they think of a veteran,” Jaslow said. “Or definitely not somebody who was a combat veteran who was literally dodging bullets.” | Fox 5 NY >>

Suicide among veterans is 22 percent higher than for civilians of the same age. The VA and the Pentagon have been studying how to prevent suicides. | NPR >>

“More needs to be done,” said Sen. Richard Blumenthal, D-Conn. “And more steps need to be taken to address suicide trends among veterans. …What I am hearing again and again and again is the rates are increasing among vets who lack access.” The report, which broke down veteran suicide statistics by state, age and gender, presented the VA’s most detailed breakdown yet on the national epidemic facing former servicemembers. | Stars and Stripes >>

Zeid said it was “extremely doubtful” that strict due process and fair trial guarantees, including the men’s rights to effective legal assistance and a full appeals process as well as to seek pardon or commutation of their sentence, had been met in every one of the 42 individual cases. | Reuters >>

A string of rocket attacks targeted Kabul’s international airport for hours Wednesday as Defense Secretary Jim Mattis and the NATO secretary general held talks with Afghan officials in the capital, authorities said. Both the Taliban and the Islamic State issued competing claims of responsibility for the attacks, carried out while Mattis held meetings with President Ashraf Ghani and other Afghan leaders miles away at the heavily fortified presidential palace. | The Washington Post >>

On Wednesday, Iraqi Prime Minister Haider al-Abadi called for the referendum to be annulled and for the KRG to engage in dialogue as guided by the constitution. His comments come a day after he ordered the Kurds to yield control of their airports to the central government by Friday. | CNN >>

It is a rite of passage that I have experienced: brand-new lieutenants introducing themselves to their platoons of a few dozen enlisted Marines. It is a powerful experience for any new officer. Now consider the stakes when that lieutenant is a woman – and the platoon is a front-line infantry unit. The Marine Corps is the most male-dominated of the armed services, and the infantry is the most male-dominated bastion of the corps. The moment will be electric, and historic. | The New York Times >>

The recruit, who has not been identified or described by officials at Marine Corps Recruit Depot Parris Island, South Carolina, spent months in the hospital after the July 26 fall, and was finally released last week. A spokesman for the base, Capt. Adam Flores, said the recruit was administratively discharged Sept. 20 to coincide with his release from the hospital, and sent home. | Military.com >>

Through the Sudarshan kriya yoga (SKY) breathing practice, military members and their families are getting the chance to change their minds and bodies and to heal through Power Breath Meditation workshops brought to Ohio by Project Welcome Home Troops. About 20 veterans involved in the free program are meeting this week at the Trumbull County Veterans Services Commission in Warren for workshops focused on stress reduction and coping skills. | Tribune Chronicle >>

2017 marked the second year the Billings hand crew was staffed mostly by veterans – seven Marines, four Navy veterans and two each from the Army and Air Force. Eleven of the 13 veterans from the 2016 crew returned for a second summer of fire protection. They were paid $13-$15 per hour, with a 50 percent increase for overtime and a 75 percent bump for hazard pay. | The Billings Gazette >>

The North Texas American Legion displayed photos of those who lost their lives in Iraq and Afghanistan on a memorial wall. “We’re proud of every one of them, we love every one of our vets,” said Billy Teague, the student veteran recruiter at Grayson College. “The men and women who do what they do they put their life on the line and they’re volunteers. They do a hard job.” | KXII >>