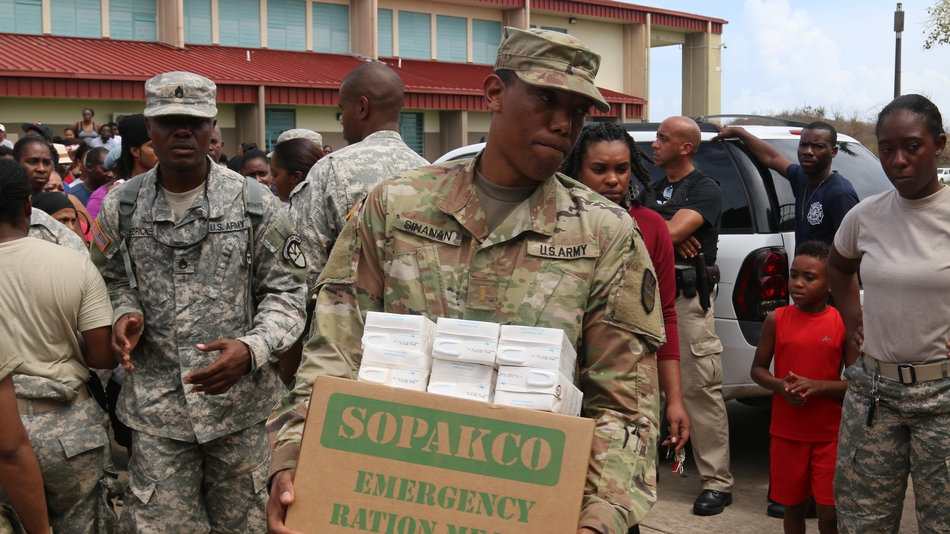 In the time between bouts of illness and his many doctors’ appointments, Brown — a veteran of Operation Desert Storm — can be found here, working at a laptop filled with scientific studies, written testimonies to Congress and veterans’ claims for VA benefits. He’s focused, sometimes working on multiple claims at the same time, pausing only to pat the two English bulldogs who lie at his feet or search through binders of documents on his overloaded bookcase. | Military.com >>

The Manchester center, previously a 28-bed full-service hospital, currently provides urgent care, primary care, ambulatory surgery, mental health treatment and other services, but it contracts with Concord Hospital and others for more elaborate surgery and inpatient care. It was downsized in 2000, leaving many veterans to travel to Boston or White River Junction, Vermont, for treatment. | The Boston Globe >>

Congress passed legislation over the summer that limited the ability of VA employees to appeal their punishments endlessly and empowered the VA secretary and top agency officials to remove employees that hurt veterans. “We have VA worker accountability. For 40 years, they’ve been trying to get it passed. They couldn’t,” Trump said of the plan. | Washington Examiner >>

Iraq’s top court has temporarily suspended the vote, and the country’s parliament has also voted to reject it. Iraqi Prime Minister Haider al-Abadi has even said he’s prepared to intervene militarily if the vote leads to violence. Kurdish officials have said the vote will be held nonetheless. | ABC News >>

Captain William Salvin, a spokesman for NATO’s Resolute Support mission, confirmed an attack had occurred and said a team was on the scene to recover the vehicle. “There are no Resolute Support casualties as a result of the explosion,” Salvin he said in an emailed statement. | Reuters >>

Former Iraqi strongman Saddam Hussein’s previous efforts to build a nuclear reactor were met with an Israeli airstrike in 1981 and years of suspicion about his nuclear intentions. The U.S cited concerns that Saddam had weapons of mass destruction as the basis for invading Iraq in 2003, but none were ever found. | The Washington Post >>

“This is terrifying. Tight FAA regulations are set up to specifically avoid such incidents,” Chris, an FAA Certified Commercial Remote Pilot told Gothamist. “I hope for a better mechanism to enforce the existing regulations rather than further restricting drone usage. Either way, this pilot was extremely reckless and I hope he or she is identified.” | Gothamist >>

“The idea that we’ll be perfect, I think, is unrealistic, but we can be better and we strive to be better,” said Lt. Gen. Ed Cardon, tasked by the Army’s top officer to review the problem and devise ways to strengthen the senior officer corps. “Competence is no longer enough. Character is as or even more important.” (Photo Right) | The Washington Post >>

Despite the devastation, Rossello and other officials praised the federal government for planning its response in detail before the storm hit, a contrast with what Puerto Rico has long seen as the neglect of 3.4 million Americans living in a territory without a vote in Congress or the electoral college. | New York Daily News >>

“I’ve been in the military for 15 years,” Hinkle told the Shelby Star newspaper. “It’s instinct for me. I made the decision right then that if something came off the car, it’d have to go through me first.” He was slightly injured after being struck in the foot by a piece of flying metal. Hinkle served in Iraq where he cleared roadside bombs, WSOC-TV reported. A bomb once blew up near him. | Fox News >>

Jimenez blew out his shoulder. It took nearly two years to identify his traumatic brain injury, which left him with cognitive delays. He was depressed, and attempted suicide 10 times. He credits his wife for getting him a team of doctors and therapists that he meets multiple times a week – now fitting in those appointments around classes. (Photo Right) | USC News >>

Lachapelle is raising money to build a school in Afghanistan in her friend’s honor. She was inspired by a talk in Great Falls by Greg Mortenson, who founded the Central Asia Institute. She was first to greet him after his presentation and wept in his arms describing Magnani, who loved Afghan children and always had candy in his pocket for them. | Great Falls Tribune >>