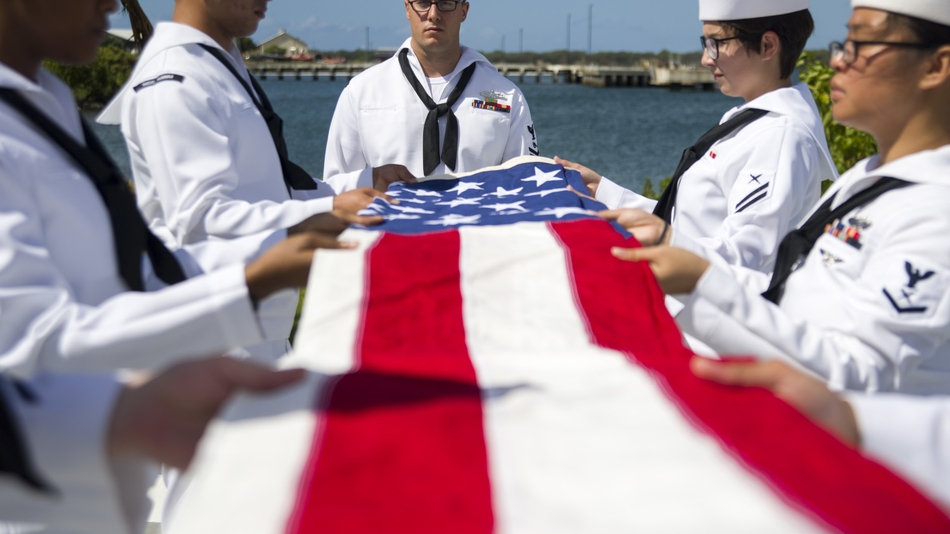 Even when a veteran is receiving services, it is typically very tedious to methodically track the compliance and follow-up care of high-risk patients because much of the workflow is manual, and suicide prevention is not a focus of current electronic health care records. | Next Gov >>

Linda Turner was charged with 2 counts of aggravated assault and criminal impersonation after  police said she pulled a gun on a grandmother and her 2-year-old granddaughter. FOX13 has been digging into this story and found that Turner works at a facility that has had its issues here in Memphis, that’s the VA Medical Center. She has been employed at the VA Medical Center since 1998, but this weekend, police said she pulled a loaded gun on a grandmother who was walking her two-year-old grand-daughter across a busy street. | FOX13 >>

Now, with the jihadis in retreat, Iran is looking to strengthen its foothold in the country. But after years of being the dominant regional player in Iraq, it is suddenly facing competition for influence from Saudi Arabia, a US ally and its main regional rival. It means that Iraq risks becoming the next arena of contention between Tehran and Riyadh, which back rival sides in the wars in Syria and Yemen. | Financial Times >>

Pakistan has vowed to remain engaged with the United States in fighting regional terrorism and stabilizing Afghanistan, but said “any political or military” role for its archenemy India in the war-torn country will be unacceptable for Islamabad. | Voice of America >>

“In the meeting, the three ministers emphasized that the referendum will not be beneficial for the Kurds and the Kurdish Regional Government (KRG), and agreed, in this regard, to consider taking counter-measures in coordination,” the statement said. | Reuters >>

The pilots – Kevin Weiss, 32, of McHenry, Illinois, and Alex Caraballo-Leon, 35, of Patillas, Puerto Rico – had a little more than 20 seconds notice that the helicopter was in serious trouble as it flew 700 feet (215 meters) above the ground, but the report found that the crash was unavoidable once the small part either malfunctioned or didn’t work at all. | The Washington Post >>

A woman is expected to break a major gender barrier in the Marine Corps by becoming the first female infantry officer to serve in the military branch next week, according to a Thursday report. The female officer is expected to graduate along with her male counterparts on Monday after passing an intense combat course that was part of a 13-week training program, according to The Washington Post.  | The Hill >>

Sleep deprivation is a silent killer, especially in the military. Now, the service is scrambling to address the vicious cycle of exhaustion and overwork within the 7th Fleet that officials see as the root cause of the USS Fitzgerald and the USS McCain collisions that claimed the lives of 17 sailors over the summer. | Task and Purpose >>

“My post traumatic stress was going so fast,” says William Walls, a Marine who served in Iraq. “You accept the fact that possibly every day you could die, that’s really what it is.” And his transition back to civilian life, wasn’t so easy. “I ended up spending a little bit of time in jail,” Walls recalls. “Had a drinking problem and I didn’t realize it was a problem. And yeah and it’s just been, it was hell.” | ABC 15 >>

He is the second candidate in the GOP primary field, joining former state Supreme Court Justice Bob Young after another business executive, Lena Epstein, left the race this week to seek a House seat instead. The 36-year-old James formally began exploring a bid two months ago and said the reception has been positive because voters want someone like him who has “relevant experience.” | US News and World Report >>

With a final rank of Gunnery Sergeant, Cortes served 13 years in the Marine Corps and Marine Corps Reserve, including deployment in the Middle East during Operations Enduring and Iraqi Freedom. The Marine combat veteran, born and raised in Brooklyn, found work as a New York police officer. With his musical chops and call toward acting, Cortes also auditioned with every opportunity. | Marine Marathon Blog >>