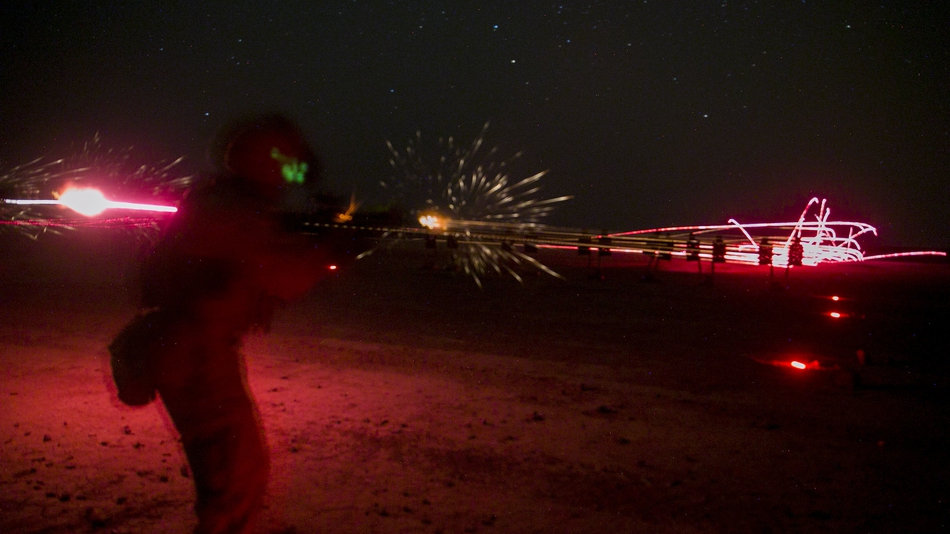 “Veterans often have more complex injuries,” said Allison Jaslow, executive director of Iraq and Afghanistan Veterans of America, citing limitations if civilian doctors don’t understand the unique challenges of the veterans’ population. If doctors don’t ask the right questions to a veteran complaining of back pain, for instance, they may prescribe opioids not realizing the veteran was also suffering PTSD or brain injury after being blown up in a humvee, said Jaslow, a former Army captain. | The Washington Post >>

Internal Department of Veterans Affairs data provided by whistleblowers reveals the agency is only filling about half of its capacity to make medical appointments, even as veterans continue to wait an average of at least 30 days before a medical appointment can be scheduled. The VA documents show that between July and September of 2017, the agency only used 51.44 percent of the appointments available across its healthcare system. | Washington Examiner >>

The opening of the Atlanta facility improved the situation, the VA said. In December, it reported the crisis line was answering 44 percent more calls than it was months earlier, but some calls were still rolling to a backup center. When phone lines are busy, calls are routed to another contracted call center. The inspector found responders in those centers were ill-equipped to handle crises. | Task and Purpose >>

In recent weeks, the United States deployed additional forces into Afghanistan – a move that coincided with the announcement of Trump’s strategy – to help bolster Afghan forces during the final months of this year’s fighting season. The immediate surge was a short-term solution, requested by battlefield commanders, but the Pentagon is still assessing how U.S. troops will be deployed in the country in 2018, according to a U.S. official in Afghanistan. | The Washington Post >>

At the camp near Mosul, Iraqi forces are holding 1,333 women and children who surrendered to Kurdish forces. The families handed themselves over after an Iraqi offensive drove the extremist group from the northern town of Tal Afar, near Mosul at the end of August. | ABC News >>

It’s been replaced with two photonics masts that rotate 360 degrees. They feature high-resolution cameras whose images are displayed on large monitors that everyone in the control room can see. There’s no barrel to peer through anymore; everything is controlled with a helicopter-style stick. But that stick isn’t so popular. | Military.com >>

Two major political developments Sep. 15 – one in the form of a memo from Defense Secretary James Mattis, and the other a bill advanced by former POW Sen. John McCain – have given currently serving transgender troops a temporary reprieve from President Donald Trump’s ban, as well as hope for a longer-term guarantee that they can continue serving. | Task and Purpose >>

Asked about Trump’s description of Kim, national security adviser H.R. McMaster said “Rocket Man” was “a new one and I think maybe for the president.” But, he said, “that’s where the rockets are coming from. Rockets, though, we ought to probably not laugh too much about because they do represent a great threat to all.” | Military Times >>

Although we are both Air Force veterans, we had a kind of preconceived notion of what we would encounter: everywhere a sea of black vests, colorful patches and helmets, and chrome, lots of chrome. The mufflers roar as the bikers come into town. In the movies, women grab their children and duck inside their homes, men shrink into the shadows of doorways. A cloud of dust billows around a gang of grubby, shaggy, nasty miscreants that has arrived to do mayhem. | Press-Republican >>

U.S. Army veteran Brian Turner survived multi-deployments over two decades before he suffered injuries that started the toughest battle of his life. Turner was one of nine military veterans in Aspen last week for a Challenge Aspen program that assists with ongoing recovery from invisible injuries. He shared his story while fly fishing with his group at the Roaring Fork Club in Basalt. | Aspen Times >>

“On behalf of the Peters family, I would like to thank the Never Forgotten Honor Flight for this chance to go to Washington, D.C. and visit the memorials built in honor of all veterans. For some making this journey, it might be the only time we have the opportunity to see these memorials. By accompanying my Dad as his guardian today, this event marks three generations of Peters men who have served this country to go on the Honor Flight,” said Danny Joe Peters, a Marine Corps Iraq war veteran and the youngest Peters on the trip. | WSAW >>