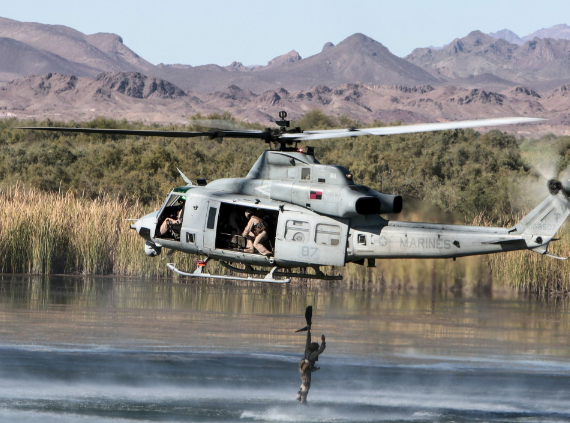 House weighs overhaul of Veterans Affairs
The Department of Veterans Affairs should consider scaling back its medical system to focus only on specialized care, an independent auditor told the House on Wednesday. A review of VA’s scope of care and the creation of a governance board to steer changes, similar to the military’s Base Realignment and Closure Commission, were part of landmark study laid out in testimony to the House Veterans Affairs Committee. | Stars and Stripes >>

Military retirement overhaul: Congress is on board — so what comes next?
After years of debate and false starts, Congress has finally settled on a plan for a major overhaul of military retirement, a dramatic cultural shift away from the traditional 20-year model to a corporate-style plan designed to better compete with civilian recruiters. | Military Times >>

Doctors Without Borders, calling the U.S. airstrike on its hospital in Kunduz, Afghanistan, an “attack on the Geneva Conventions,” is asking for an independent investigation by a never-before-used international commission. | CNN >>

The top U.S. commander in Afghanistan recommended on Tuesday that President Barack Obama revise his plan and keep more than 1,000 U.S. troops in the country beyond 2016, just days after a deadly U.S. airstrike “mistakenly struck” a hospital during fierce fighting in the north. | Associated Press >>

The United Nations’ most senior refugee official is appealing to the international community to refocus its attention on Afghanistan, warning that it would be dangerous to ignore the country, and praised Iran and Pakistan for hosting so many Afghan refugees. | UN News Centre >>

Iraq may request Russian airstrikes against ISIS on its soil soon and wants Moscow to have a bigger role than the United States in the war against the militant group, the head of parliament’s defense and security committee said on Wednesday. | Reuters >>

Kurds protested and went on strike in northern Iraq on Wednesday in a show of growing discontent that threatens to further undermine stability at a time when their region is at war with Islamic State. | Reuters >>

The Army Reserve is falling behind in readiness and equipment modernization in the face of steep budget cuts, the component’s top officer told Army Times. “The Army Reserve has never failed to have a unit ready before the date it was needed to execute a mission,” said Lt. Gen. Jeffrey Talley, chief of the Reserve and commanding general of Army Reserve Command. “But the sausage-making to get it done gets uglier and uglier and more complicated than ever before.” | Army Times >>

In a first for the civilian agency, the Federal Emergency Management Agency teamed with the U.S. Marine Corps to practice loading gear onto the MV-22 Osprey to explore the possibility of someday using the military aircraft during domestic emergencies. | Military.com >>

Defense Secretary Ash Carter sounded like he’s nearly made up his mind about opening all combat jobs to women, as he told U.S. troops in Sicily that limiting his search for qualified military candidates to just half the population would be “crazy.” | Associated Press >>

Most college-age students don’t know anyone who served in the military, a major shift from just a generation ago. That’s something Ann Treadaway, Rutgers’ new director of veteran and military programs and services, wants to change. | Rutgers Today >>

Diagnosed with adjustment disorder in 2005 and PTSD in 2008, “It’s been a long struggle for me to manage the symptoms that I was now going to live with and find my way in this new life,” he explains. “I would just spiral down and down and down and not know how to get myself out of it.” Traditional therapy gave Sirois a handle on some of his symptoms, but for years, he still felt there was something missing. A weeklong Outward Bound trip for veterans in 2014 led to a life-changing realization. | Mountain Xpress >>

When a Highline College student, who is also an Army veteran, saw a problem, he decided it was up to him to do something about it. Kendall Evans couldn’t ignore the spot on campus that pretty much everyone else forgot. “Another student veteran came up and said, is this what Highline thinks of us?” recalled Evans. | KING 5 News >>

The Senate is expected to pass a $612 billion annual defense-policy bill Wednesday, but the legislation is ensnared in a broader budget fight set to trigger a standoff with President Barack Obama. The measure, a compromise negotiated from separate House and Senate bills, has already been approved by the House. It cleared a procedural hurdle Tuesday in the Senate in a 73-26 vote and is expected to pass on Wednesday. | Wall Street Journal >>

Angered by the latest “potential violations of law,” Sen. Richard Blumenthal called on the Department of Justice to open a criminal investigation into the findings of a damning Department of Veterans Affairs inspector general’s report. | Stars and Stripes >>

Senator Jon Tester’s push to recruit and retain more doctors at the VA received a boost from a high-ranking VA official today, who voiced his support for the DOCS for Veterans Act during a Senate Veterans’ Affairs Committee hearing. | KMMS AM >>