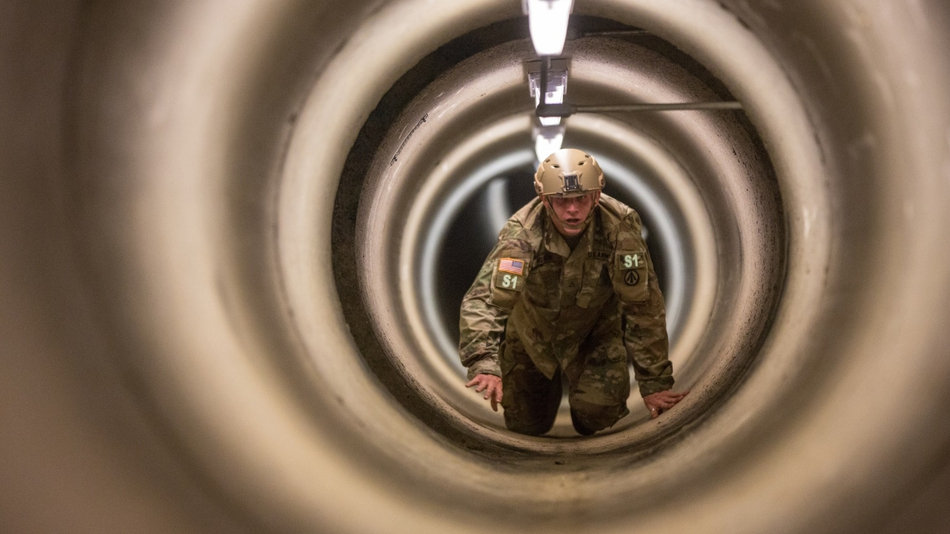 After the report was published, Kuster, a member of the House Committee on Veterans Affair, said she met with VA doctors last year about the allegations and brought the concerns to the Office of the Inspector General for further investigation. Last month, she held a subcommittee field hearing on the hospital. | SF Gate >>

As a clinical psychologist, I provide mental-health services to veterans through the Veterans Choice Program, started a few years ago to reduce wait times for veterans by credentialing civilian health providers to treat veterans. Despite the cumbersome credentialing and claims processes and the low fees paid by the Department of Veterans Affairs, it is a privilege to work with veterans. | The Washington Post >>

The victory is also likely to bolster the confidence of Iraqi troops, who dropped their weapons and fled by the thousands when the militants swept across northern Iraq in the summer of 2014. Iraqi forces are now fighting the militants along the Euphrates in the northern part of Anbar Province, where they have already taken several towns, according to the United States military statement. | The New York Times >>

Peace will not come from outside the borders; it must arise from inside the villages of Afghanistan itself. Garnering international sympathy may give war-weary Afghans temporary solace, but relying on assistance from abroad is a fool’s errand. The Afghan president can take a cue from the 20th-Century American journalist Walter Lippmann, who famously remarked that a good leader is someone who tells his people what their responsibilities are. | The Huffington Post >>

Baghdad has closed Kurdish airspace to international flights and has said it will block foreign currency transfers and the sale of dollars to banks in the autonomous region. Turkey and Iraq have also carried out joint military exercises in the border region since the referendum, while Iran has conducted its own in the area. | Financial Times >>

Chevy’s venture into working with the Army on alternative-fuel vehicles isn’t stopping with the Colorado ZH2. No, the pair are pushing forward with the Silent Utility Rover Universal Superstructure (SURUS) that takes the ZH2’s hydrogen fuel cell power plant and mates it with what Defense One describes as a “flatbed truck trailer or even a railroad flatcar.” The idea behind SURUS — named for Hannibal’s war elephants — is to be an adaptable form of transport that can do anything from carrying injured troops to moving large amounts of cargo like diesel-powered generators in the theater of war. | Engadget >>

Sailors enrolling in college courses will continue to enjoy the personal touch overseas but will find it absent when they transfer back to the States. The Navy on Oct. 1 closed its last four stateside college offices, which offered in-person help on college choice, course selection, education planning, tuition assistance, testing and other matters. | Stars and Stripes >>

The Marine Corps is considering a plan to add a fourth phase to its recruit training regimen, multiple sources have confirmed to Task & Purpose. The proposed phase is aimed at providing recruits more time to get comfortable in their newfound identity as Marines. The addition of a fourth phase would not extend the length of boot camp, though it could require certain training events to be shifted to earlier in the cycle. | Task and Purpose >>

He went to the first wounded person he could find and ripped up a piece of clothing to use as a tourniquet. He made splints, patched bullet holes, flipped over the plastic barriers that had been set up around the perimeter of the festival and turned them into stretchers. With two other men whose names he never learned, he carried the wounded to cars that would take them to the hospital. | Chicago Tribune >>

An Afghanistan War veteran and Columbia attorney with two decades of legislative experience, Smith is the first and, thus far, only gubernatorial candidate on the ballot for the Democrats. Smith long has been considered a shoe-in for the Democratic nomination. His background as a combat veteran could help him compete with the GOP nominee by appealing to moderate Republicans in a general election. | The Charlotte Observer >>

“Specialist Hayes continued his heroism after he returned to the states. Dan rescued a woman from a burning vehicle that was involved in a motor vehicle accident,” reads a release from the Walk of Honor. “He remained inside the vehicle with the woman, even though the flames were spreading rapidly and he was eventually able to free her and pull her to safety.” | NewsTimes >>