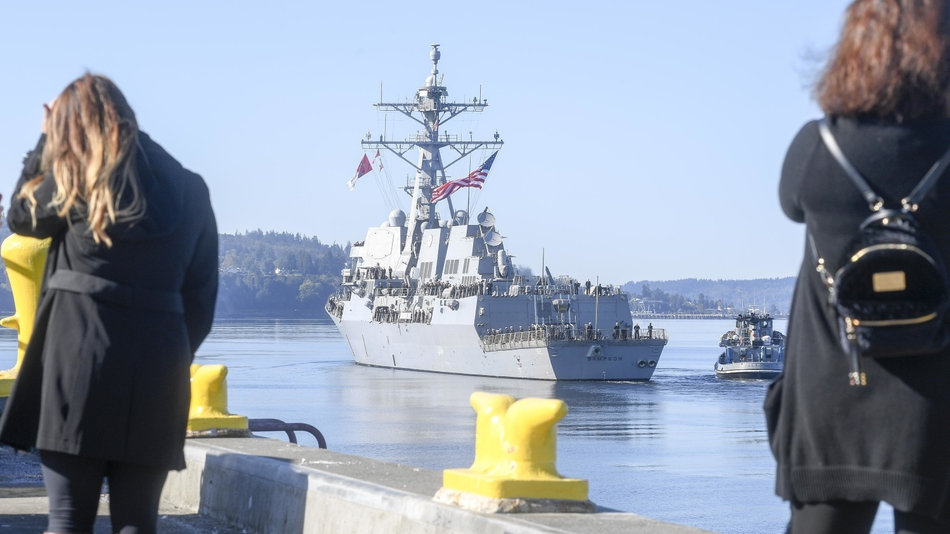 “We always look for places where we can help. That’s why highly skilled IAVA social workers were available to help veterans impacted by hurricanes,” says Vadim Panasyuk, director of RRRP. “We work everyday to educate, advocate, and assist veterans in need, and responding to the recent hurricanes was no different.” | Associations Now >>

It takes a special kind of woman to want to train for combat. Melanie Brown is that woman. It riles her when someone makes the assumption that because she was not in a designated combat zone, she had an easy time of it. Her experience of harassment and unfair treatment is painful to watch, the more so because you know it’s not unusual. | The Huffington Post >>

VA Secretary David Shulkin has pushed for significant changes to the Choice program, including changing eligibility criteria to open the program to more veterans. His promised the replacement to the program – the Coordinated Access and Rewarding Experiences program, or Veterans CARE – is expected to be rolled out later this month. | Military Times >>

Mattis and Dunford, who appeared first before the Senate panel and later before the House Armed Services Committee, sought to assure skeptical lawmakers that Mr. Trump’s plan for expanding the U.S. presence in Afghanistan would pay off. Several members expressed concern the U.S. was wading more deeply into a conflict at great expense without prospects for long-term success. | CBS News >>

More than a week later, however, the Kurds have taken no steps to actually declare independence, and Baghdad and its allies have done nothing to make good on their threats of intervention. The referendum on independence was a seminal moment in the Kurds’ long struggle for a homeland, but neither Baghdad nor the Kurds seem determined to force that moment to a crisis. | The New York Times >>

The U.S. military has overturned a requirement for its troops to be in contact with enemy forces in Afghanistan before opening fire in a bid to relax the rules of engagement and defeat the Taliban. Defense Secretary Jim Mattis approved the change following President Donald Trump’s pledge in August, during a policy speech on Afghanistan, to “lift restrictions and expand authorities” regarding U.S. operations in the central Asian nation. | Fox News >>

Adm. John Richardson, chief of naval operations, didn’t disagree. He promised King that all would be made known when investigations are completed into the June collision of the USS Fitzgerald and the August collision of the USS John S. McCain, along with a sweeping Navy-wide review of systemic flaws. The investigations would particularly focus on “proper operation of your equipment, fundamentals of watch standing,” Richardson said, using the nautical term for the continuous oversight of essential ship operations, most importantly bridge navigation. | Stars and Stripes >>

The Army’s Advanced Test High Energy Asset (ATHENA, a nod to the Greek goddess of Wisdom) laser weapon underwent substantial prototype testing at White Sands Missile Range in New Mexico in August, and the results are pretty damn impressive based on new video of the weapon in action.  | Task and Purpose >>

The fallen NCO joined the Nevada Guard in 2004, shortly after wrapping up a yearlong deployment to Iraq, the release states. He served with the 82nd Airborne and as an instructor at the Nevada Army National Guard’s 421st Regional Training Institute prior to taking on what would become his final assignment as first sergeant of the Guard’s 100th Quartermaster Company. | Military Times >>

“Once we were in it, we decided to go help get everyone out of there,” he said. “Shots were still firing, we had a couple of friends … set up a make shift hospital on the backside away from the gunfire, and they were pulling people out of the venue. We pulled up to that and they started loading us up with the most critical injured.” | KTLA >>

Hunting for an alternative to traditional cycling, he learned about electric pedal-assist bikes and was intrigued by their technology and lighter physical demand. On an e-bike, he could ride alongside his friends despite his injury. “This is interesting, this is new,” he thought. “Maybe this is something that will improve my life.” | Forbes >>

The couple, both retired Army officers, are volunteers at the San Diego Central Library veterans resource center. On Thursdayafternoons, they are the smiling faces waiting at the assigned third-floor cubbyhole, just past the elevators at the massive lattice-domed downtown library. | The San Diego Union-Tribune >>