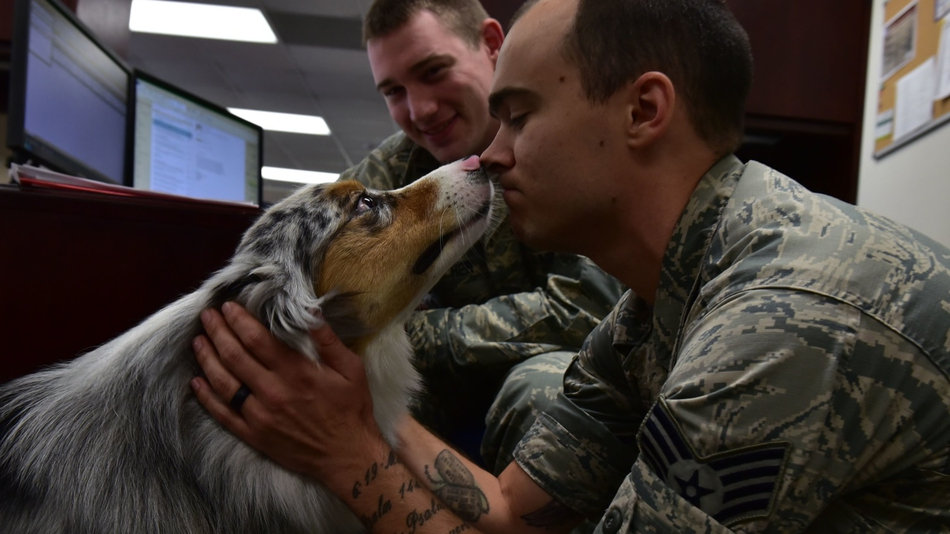 There are 1,687 homebound vets in Puerto Rico who require ongoing treatment such as dialysis, chemotherapy and insulin to survive. Since Maria struck Sept. 20, the San Juan VA Medical Center has dispatched special teams consisting of a doctor, nurse and social worker to visit the homes of each one of these vets. | Fox News >>

Details of the trip, which included visits to Westminster Abbey and Wimbledon, were first reported by The Washington Post. While the trip to Denmark and the United Kingdom was focused on veterans issues, Shulkin and his wife also devoted significant time to leisure activities paid for by U.S. government dollars. | CBS News >>

“VA does not condone or tolerate such unacceptable and offensive comments from any of our employees,” said Curt Cashour, press secretary for the Department of Veterans Affairs, in an email to The Enterprise. “That’s why we have proposed demoting this employee and removing him from his management/supervisory role.” | WCVB >>

Alexander W. Missildine, of Tyler, Tex., arrived in Iraq only last month. He was assigned to the Army’s 10th Mountain Division, which is training and advising Iraqi forces. Missildine, who enlisted in July 2015, died in Salah ad-Din Province northwest of Baghdad, a region that includes the key cities Tikrit and Samarra. | The Washington Post >>

The U.S. has been waging war in Afghanistan for 16 years. President Donald Trump last month announced a new strategy that includes additional troops in Afghanistan to win the conflict and beat terrorists. “Violence and progress in Afghanistan continue to coexist,” said Mattis. “But the uncertainty in the region about the NATO campaign has been replaced by certainty due to the implementation of President Trump’s new South Asia strategy.” | CNBC >>

The referendum, spearheaded by Kurdish president Masoud Barzani, was celebrated in the Kurdish region as a declaration of independence, but the move is not expected to lead to an independent Kurdish state anytime soon and has further isolated the small land-locked region. Baghdad has banned international flights and is threatening to take control of Kurdish borders. | CBS News >>

Naval enthusiasts are tweeting what they believe are U.S. warship positions after commanders ordered the vessels to activate their beacons while in congested waters to avoid collisions. The order to turn on the Automatic Identification System (AIS) locators, reported by National Public Radio on Sept. 29, follows a series of collisions that have killed 17 sailors in the Pacific in recent months. | Stars and Stripes >>

After climbing over fences to escape gunfire at the Las Vegas concert Sunday night, Taylor Winston, of San Diego, spotted the white truck and looked inside. “It was a utility vehicle, and I knew that sometimes keys are left behind for the next driver,” said Winston, 29, who was stationed at Camp Pendleton while serving with the Marines. | OC Register >>

It is this belief in the horse-human relationship that has led to a number of equine-based programs to help veterans with Post Traumatic Stress Disorder (PTSD), the signature disorder of many returning veterans. PTSD can be a devastating condition, one that affects a person’s work, family relationships, and ability to interact with the world on a daily basis. | LifeZette >>

Today, Sneed is months away from graduating with his bachelor’s degree and has already been accepted to his graduate program to study addiction counseling. He is also in the beginning stages of opening a non-profit treatment program to assist veterans with trauma-related issues. But his path to success was not always easy. | The Rocky Mountain Collegian >>