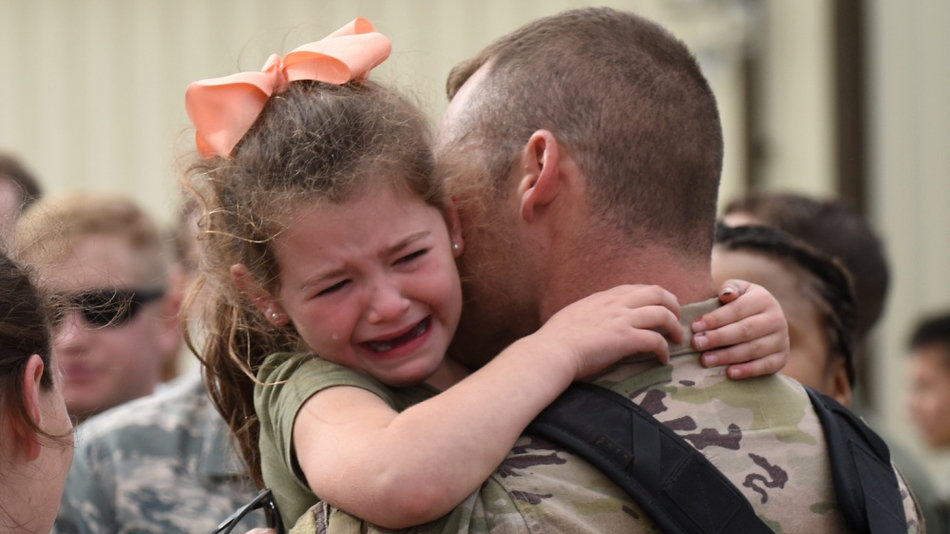 The original motto of the Department of Veterans Affairs reads, “To care for him who shall have borne the battle.” To care for “him.” With approximately two million women veterans in the United States, 700,000 of whom have served post-9/11, the VA’s motto should be modernized to better recognize the service and sacrifice of women. | New Hampshire Union Leader >>

“In my opinion, based on my experiences and conversations with other VA whistleblowers, since President Trump was elected, it appears to be open season across the nation on VA whistleblowers despite the passage of the [VA] Accountability and Whistleblower Protection Act of 2017,” she added, writing in an email. “VACO is dragging its feet on resolving whistleblower retaliation claims.” | The Washington Post >>

Many of the worst VA hospitals in the country last year remain among the worst this year, according to internal rankings released Wednesday by the Department of Veterans Affairs. Nearly a dozen of the medical centers who received one out of five stars in quality ratings this year received the same low score in 2016. | USA Today >>

While Abadi and others in Baghdad condemned the Kurdish vote as illegitimate, there is nothing in the Iraqi constitution that expressly forbade such a non-binding referendum. Moreover, its result merely confirmed what everyone in Iraq already knew: Iraq’s Kurds don’t want to be in Iraq. At least not for much longer. | The Atlantic >>

Sixteen years ago this month, a U.S.-led military coalition invaded Afghanistan to dismantle Osama bin Laden’s al Qaeda militant group and remove the Taliban government that had given it sanctuary. Before his election as U.S. president, Donald Trump called for the withdrawal of all American forces from the Central Asian nation. | The Wall Street Journal >>

The move effectively suspends the presidency, a post that Barzani had held for 12 years (his second five-year term, which ended in 2015, was extended for two years), while calling for its powers to be distributed among the three branches of government. Barzani insisted, however, that he would remain as a peshmerga, a reference to the Kurdish region’s fighting force, so as to “achieve the just rights” and “achievements of our nation.” | Los Angeles Times >>

Army Colonel Jeffery Nance said he would consider the president’s remarks as a mitigating factor at sentencing, however, raising the possibility of a lighter punishment. During last year’s presidential campaign, Republican Trump called Bergdahl “a no-good traitor who should have been executed.” The defense said the president’s more recent remarks about the case showed his opinion of Bergdahl had not changed and unfairly influenced the proceedings. | US News and World Report >>

Wary of increasingly well-equipped Russian and Chinese troops, the U.S. Army is pushing hard to buy its first brand-new armored tank in 40 years. At the top of the ground-combat branch’s wish list: a lightweight but heavily armed tracked vehicle that can fit inside Air Force cargo planes and accompany infantry scouts and paratroopers into battle. | The Daily Beast >>

Chief Warrant Officer 2 Jacob Sims, 36, died Friday in Logar province, Afghanistan, from wounds sustained from the crash, according to a statement from DoD. Sims, who was supporting Operation Freedom’s Sentinel, was assigned to 4th Battalion, 160th Special Operations Aviation Regiment. He was stationed at Joint Base Lewis-McChord, Washington. | Army Times >>

But Denis Jr. wouldn’t be the only one greeting Denis III at the Interstate 83 welcome center this weekend in Shrewsbury Township. After his son’s call, Denis Jr. and about two dozen other bikers huddled at Round the Clock Diner to wait out Denis III’s 40 winks before meeting him and escorting him home. | YDR >>

On the way to the ceremony, Finn stopped at her house so that Gabbard could change into her military uniform, which she had brought along, in a dry cleaner’s bag, as carry-on luggage. Finn gave her a motherly appraisal. “Do you have your headpiece?” she asked, then corrected herself. “Pardon me. I don’t know the proper terminology for military gear.” | The New Yorker >>

“I’m a combat veteran who understands national security from a strategic to a tactical standpoint,” John James told “Fox & Friends” on Sunday. “And as this world is becoming a more and more dangerous place, people want a combat veteran on the floor of the U.S. Senate who understands what it takes to keep Americans safe because he’s actually done it.” | Fox News >>