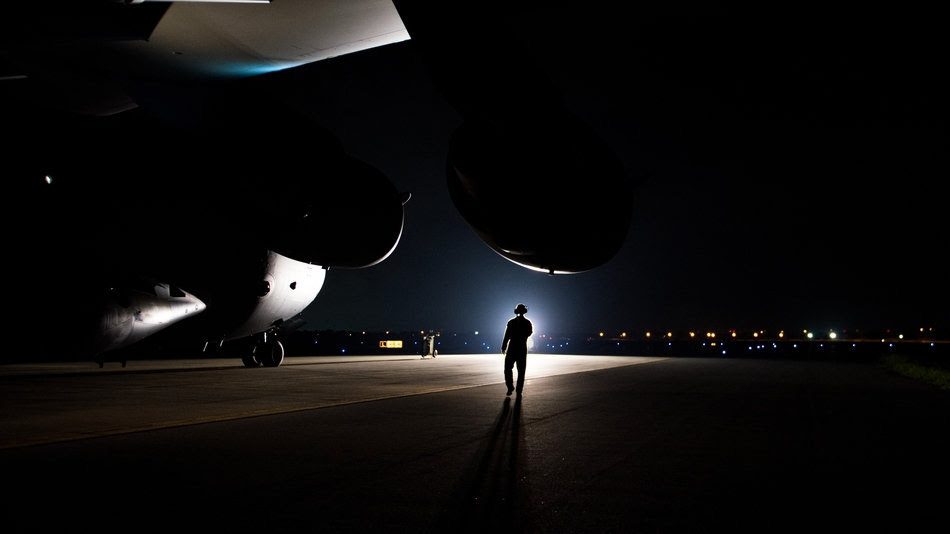 But veterans’ groups and ethics experts reject those arguments and say the department is abandoning protections for veterans and taxpayers. They worry that the effort is part of a larger rollback of federal safeguards that were instituted before President Trump took office to combat abuses and fraud by for-profit colleges. | The New York Times >>

Since then, he and others who have knelt during the anthem for this reason have been called un-American, unpatriotic, and a host of adjective-laden racial pejoratives unfit to print. They are accused of “disrespecting the flag,” though their criticizers are often silent on the forms of disrespect actually called out in U.S Code – actions like putting the American flag on t-shirts, using it for advertising purposes, and carrying it horizontally (as happens during the opening of NFL football games). | Vox >>

Shulkin flew to Europe to meet with British and Danish officials about veterans’ issues, but his tourism during his free time-and the unusual decision for the government to cover his wife’s flight and meals, when other spouses on the trip had to pay their own way-has raised ethical concerns, especially after the resignation of Health and Human Services Secretary Tom Price after admitting to spending more than $1 million in government funds on private jets. | Forward >>

Building up Afghanistan’s own air power is a central part of President Ashraf Ghani’s four-year strategic plan and the Afghan Air Force has steadily bolstered its capacity to provide logistical support to ground forces as well as air strikes. | Reuters >>

According to Iraqi Kurdish officials in Kirkuk, 90 percent of these men are suspected of having been Islamic State fighters – including some who may have committed beheadings and other atrocities – and they are being aggressively interrogated. | The New York Times >>

The U.S.-backed Afghan government insists that sanctuaries on Pakistani soil have enabled the Taliban to sustain and expand insurgent operations in Afghanistan during the past 16 years. Recent assessments have put the Islamist insurgents in control of more than 40 percent of Afghan territory. | Voice of America >>

It was not immediately clear what prompted Trump’s tweets, among a series of weekend posts that ranged from hurricane recovery efforts in Puerto Rico to NFL players’ allegiance to the national anthem, and at whom they were aimed: Tillerson, North Korean leader Kim Jong Un, those pushing for continued diplomacy, those favoring a military response to repeated provocations. | Military Times >>

The exercise would be done in an area under the purview of US Central Command, which oversees operations in the Middle East, according to Aviation Week. The exact location hasn’t been selected, though some areas – like parts of Syria too close to Russian air defenses – have been ruled out. | Task and Purpose >>

In their report, the investigators compiled extensive evidence that the colonel, Ronald Jobo, had committed abusive sexual contact against the woman, a civilian in her 30s. Under military law, the charge would have automatically resulted in a court-martial, a proceeding open to the public. The crime carried a sentence of up to seven years in prison and a requirement to register as a sex offender. | Stars and Stripes >>

The Martinsburg Veterans Administration Medical Center got the chance to bring veterans and community together Saturday. A car show was hosted with over 100 classic cars. Wheelchair-bound veterans were escorted by staff and volunteers and joined other on-campus veterans and the general public in viewing historical cars and trucks that filled the parking area. | The Journal >>

One of our former NewsCenter 16 employees was honored at Saturday night’s Notre Dame football game. Veteran Kevin Burke, who’s in his last year at Notre Dame, was also a staff sergeant in the army, serving several tours in Iraq and Afghanistan. Burke was invited onto the field and commended for his service and academic achievements at Notre Dame. | WNDU >>

A hero from Davis-Monthan Air Force Base is leading Team USA at the 2017 Invictus Games in Toronto. Air Force Captain Christy Wise says it’s an honor to serve as co-captain and she will do anything to support other amputees and wounded warriors. | Tucson News Now >>