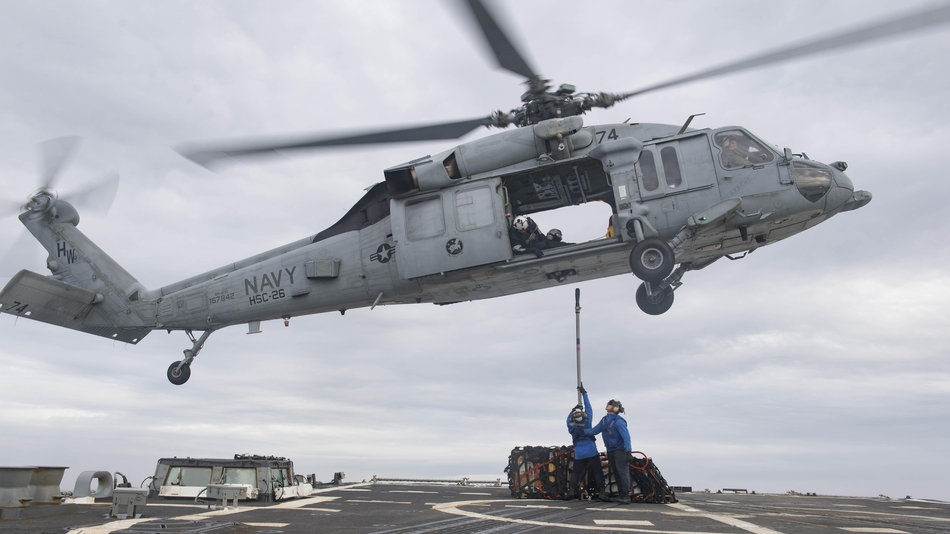 The new plan, which VA leaders spent most of the summer drafting, would do away with rules limiting outside care for veterans who face a 30-day wait for appointments or a 40-mile travel to VA facilities. That requirement was the basis of the Choice program formed by Congress in 2014, meant to speed access for veterans frustrated with limited VA health options. | Military Times >>

The U.S. Department of Veterans Affairs is set to issue a hard-copy photo ID to any honorably discharged veteran who applies for one. On July 20, 2015, then-President Obama signed into law the Veterans Identification Card Act of 2015, which allows veterans to apply for an ID card directly from the VA. | WTKR >>

Difficulties in securing federal money for proposed veterans homes in Arizona has left the projects in limbo. The Arizona Capitol Times reports that the state has set aside funding to cover some costs for new veterans homes in Yuma and Flagstaff. But the rest of the money must be covered by the U.S. Department of Veterans Affairs, and the federal funding has proven difficult to secure. | Stars and Stripes >>

The U.S. government authorized special immigrant visas to Afghans who worked with or on behalf of the United States since 2001 and faced a serious threat because of their work. The visas make the Hessaris eligible for permanent residence. The program covers spouses and unmarried children under the age of 21. | Times-Call >>

The U.S. Central Command, which coordinates the campaign against Islamic State militants in Iraq and Syria, said it was aware of gunfire exchanges overnight. The engagement appeared to be a misunderstanding that occurred in the dark of night, it said on its website. | CNBC >>

U.S. Army Sergeant Bowe Bergdahl pleaded guilty on Monday to deserting his duties in Afghanistan in June 2009 and endangering the lives of fellow troops, a step toward resolving the politically charged case that could send him to prison for life. | Reuters >>

Leaders in today’s complex health care systems need better processes and systems for aligning day-to-day, clinical-care activities with the strategic goals of their organizations. The U.S. Army has accrued valuable experience in this area over the last decade through the design and implementation of its behavioral health system of care, its term for all of the mental health and substance-use clinical care it provides. (Photo Right) | Harvard Business Review >>

“I never thought that our special moment would happen here on this ship,” Sara’s father, Francisco Llull Vera, said in a statement Sunday. “Everyone has been so helpful and gentle while caring for our baby. I hope this opens the door for those who still need help to seek out the Comfort.” | ABC News >>

U.S. Army infantry veteran Jason Martinez, of Ottawa, Kansas, who served in Afghanistan, was running the Tough Mudder for the second time Saturday. He previously ran in 2012 in Texas. Martinez had just completed the Arctic Enema The Rebirth, filled with 8,000 pounds of ice and water when he stopped to talk to the Democrat. | Sedalia Democrat >>

Mills, a 30-year-old Army veteran who lost his arms and legs after surviving an explosion in Afghanistan, had to think about the offer from Andy Wess, who ran Lakeside Motel & Cabins with his wife, Sheree, for 30 years. Mills now lives in Manchester and travels the country delivering motivational speeches. He also helps run a foundation that was started in his name and that last summer opened a retreat for wounded veterans in Rome. (Photo Right) | Kennebec Journal >>

“I am delighted and grateful that ReserveAid has chosen to endow this scholarship at UAlbany,” Rodriguez said. “As a veteran of the U.S. Air Force, I am particularly proud that our student body currently includes more than 200 veterans of military service. The Polly Weidenkopf ReserveAid Scholarship will provide critical financial assistance to veterans to pursue their education at UAlbany after serving their country.” | Albany Times Union >>