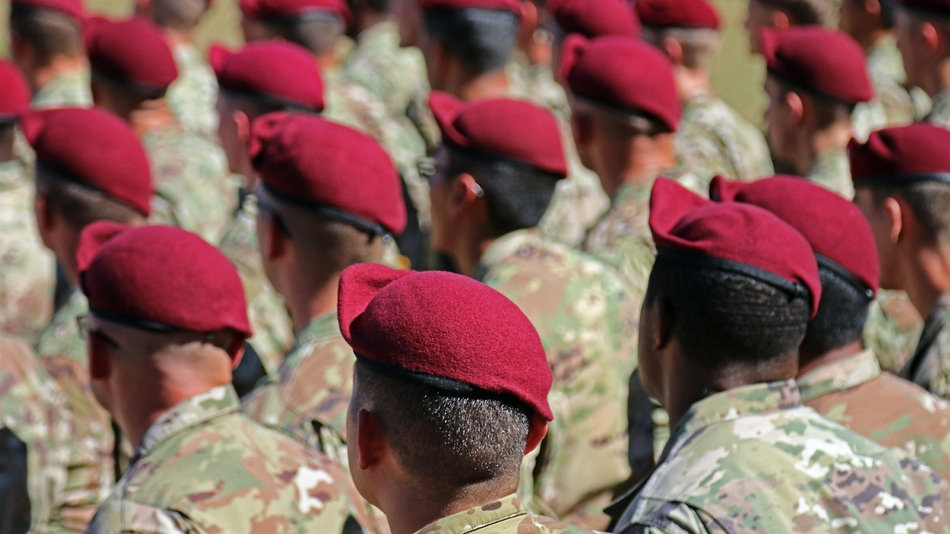 The USA TODAY investigation found the VA has frequently failed to ensure its hospitals reported problem health care providers to state licensing boards. Such reports can be delayed by years. The investigation also found the VA policy on reporting to the national database left out thousands of providers. The agency previously reported only physicians and dentists – no nurses, physicians’ assistants, or podiatrists. | USA TODAY >>

Rose is ignoring that advice and raging against how he and other veterans are being treated-and mistreated: “I am going crazy because of the pain and burning up with anger at the VA, the [Centers for Disease Control and Prevention] and [Drug Enforcement Administration (DEA)] for what they’re doing to so many Americans and veterans.” | Newsweek >>

The Department of Veterans Affairs abruptly dropped plans Wednesday to suspend an ethics law barring employees from receiving benefits from for-profit colleges. The move comes after criticism from government watchdogs who warned of financial entanglements with private companies vying for millions in GI Bill tuition. In a statement to The Associated Press, the VA said it had received “constructive comments” on the Trump administration plan and as a result would delay action. | The Associated Press >>

White told Pentagon reporters from a video feed in Iraq that the bomb was an explosively formed penetrator, a particularly deadly form of IED that can penetrate armored vehicles. The type of bomb has been used over the last 15 years in Iraq and has also been seen in Syria and Afghanistan. | The Hill >>

Boyle was previously married to another woman, Zaynab Khadr, whose family has been connected to extremists in Afghanistan. Two of her brothers were held by the United States in Guantanamo Bay. One of them, Omar Khadr, pleaded guilty to killing a U.S. soldier in Afghanistan. Omar Khadr spent a decade at Guantanamo, but is now free and living in Canada. | NPR >>

EFPs were among the most lethal weapons faced by U.S. forces before a troop withdrawal in 2011. The devices were considered a hallmark of the Iranian-backed Shiite militias battling the U.S. occupation after the toppling of Saddam Hussein. But the technology used to make them proliferated, and cruder versions were also deployed by Sunni militants. | The Washington Post >>

Bergdahl faces charges of desertion and misbehavior before the enemy for walking away from his infantry platoon’s tiny base just before midnight June 29, 2009, in what an Army investigation has called an attempt to cause a crisis and draw attention to concerns that Bergdahl had about his leaders. He was captured within hours by the Taliban, and turned over to the Haqqani network, a group over the border in Pakistan that tortured him. | The Washington Post >>

“Now you’ve got somebody who’s been a drill instructor and been intimately involved in this transformation, and now you have another few days to talk to their new Marines as a fellow Marine about what it’s going to be like to go out in the rest of their journey as a Marine,” Gen. Robert Neller, the Marine Corps commandant, says in the video. | Task and Purpose >>

According to Hudson, following their conversation at the garrison, “we got into the car with two big SF guys, they drove us right out the front gate, kicked us out, got up in our faces and said, ‘You know the way you came in? That’s how you’re getting out, start walking.'” | Marine Corps Times >>

“All while I was going through this they were very supportive and always there. Some days I’m like, ‘I don’t feel like it’ or ‘I just want to feel sorry for myself.’ I know that I can call any of them and they’ll be like, ‘No, you need to get up.'” | AOL >>

In the years since, Jones has overcome what might have been a traumatic event to pursue a new mission, to raise money for veterans’ charities by pushing himself to ever more gruelling physical feats. On Thursday, he is running the first of 31 marathons, in 31 different cities, in 31 days. | TIME >>

“We actually had just had active-shooter training last month, so it was very fresh in my head.” But she says the situation in Las Vegas wasn’t anything like her tours of duty. She knew what to expect in Iraq. “It’s all armored vehicles, you’re wearing a vest, you’re wearing a helmet, you’ve got a gun to shoot back,” she said. “Those were things you don’t have, so it doesn’t compare; it’s way worse.” | CBS Los Angeles >>