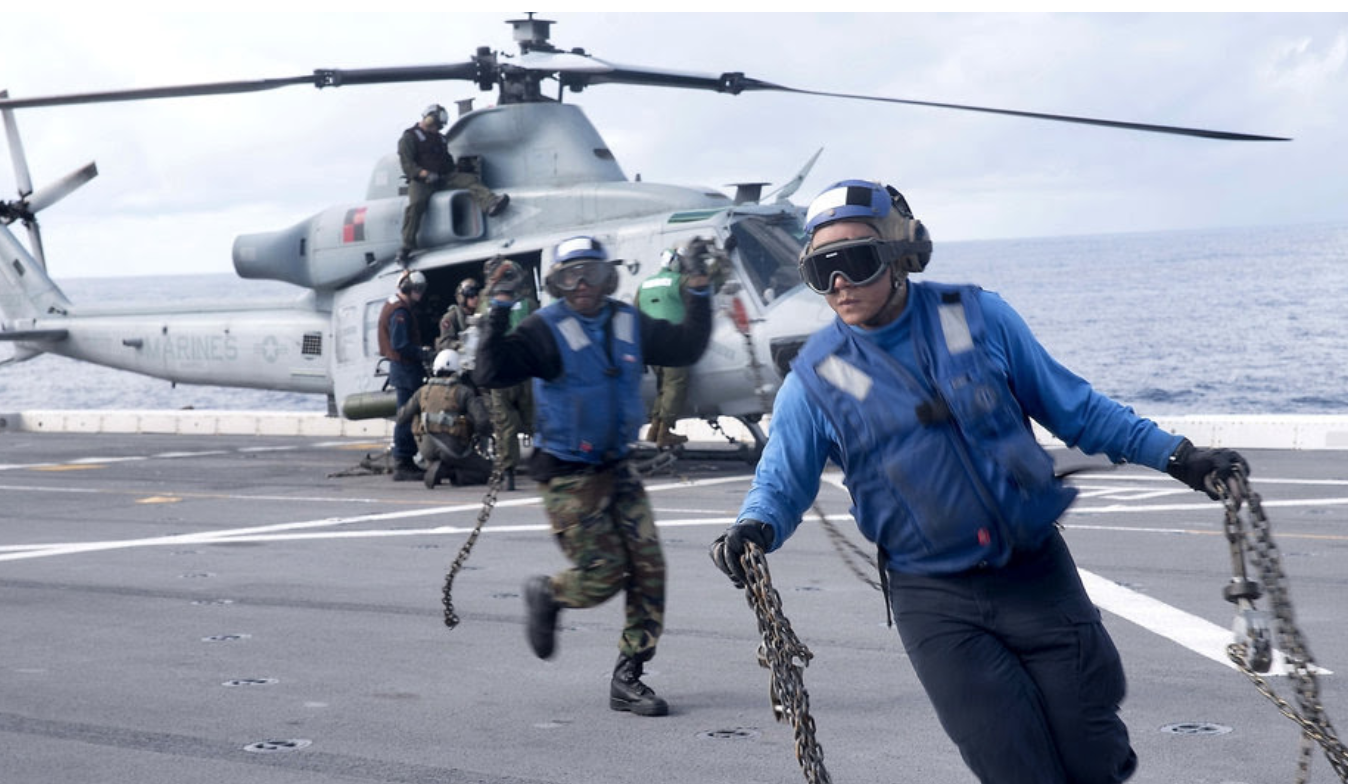 I see this as a teaching moment for both the VA and my friends. But please, we don’t need to use my case to shed light on everything that is wrong with the system. Just throw one or two problems at me at a time, OK? Thank you. | Foreign Policy >>

The report found that complaints against doctors were not reviewed in a timely fashion, paperwork was not properly filed and doctors who had resigned to avoid disciplinary action were allowed to go work elsewhere without facing any consequences. | ABC News >>

Veterans enrolled in an online university are caught in an escalating dispute involving the school, the Department of Veterans Affairs and state regulators in what school officials say is a campaign by Obama administration holdovers in Washington and their liberal allies to undermine for-profit universities. |  The Washington Times >>

Earlier this year Defense Secretary James Mattis ordered a review of the actual number of U.S troops serving in Afghanistan, Iraq and Syria beyond the official maximum force levels authorized by the Obama administration. Only the troop numbers for Afghanistan have been publicly disclosed. | ABC News >>

Under new authorities granted by Trump, Nicholson has been able to triple the number of bombs dropped on Taliban, al Qaeda, and Islamic State targets: 3,554 in the first 10 months of this year, compared to 1,337 in all of 2016, according to figures released by the U.S. Air Forces Central Command. | Washington Examiner >>

Iraqi police and hospital officials say a bombing in southeast Baghdad has killed 11 people. The officials say the attack late Monday night targeted a popular shopping district and left also 26 civilians wounded. All officials spoke on condition of anonymity in line with regulations. | The Washington Post >>

“The Court explained that the effect of its Order was to revert to the status quo with regard to accession and retention that existed before the issuance of the [Trump] Presidential Memorandum,” she wrote. “Those policies allowed for the accession of transgender individuals into the military beginning on January 1, 2018. Any action by any of the Defendants that changes this status quo is preliminarily enjoined.”   | Buzzfeed >>

The annual Navy vs. Army game never fails to disappoint. Ahead of Saturday’s rivalry game between the Midshipmen and the Black Knights, Navy revealed the uniforms they’ll be wearing and they are gorgeous. As a tribute to the U.S. Navy’s flight team, the Midshipmen will be wearing Blue Angels uniforms.  | Sports Illustrated >>

North Korea launched what appeared to be an intercontinental ballistic missile early Wednesday in its first test since mid-September when it sent a missile streaking over Japan, according to U.S. and South Korean officials. | Stars and Stripes >>

The owner of Cornerspin, Aaron Stevenson, is running his not-for-profit program, Countersteer. Vets can spin and slide their way through two days of motorcycle fun and adrenaline in Spencer, North Carolina, free of charge as a payback to the the service of the brave veterans of our military. |  Motorcycle.com >>

Coping with postwar life for both men has become easier through woodworking, and both were at the Niagara Falls nature reserve honing their craft under the tutelage of Rob Cosman, who for the past three years has been bringing war veterans to Niagara Falls for a weeklong workshop.  | Niagara This Week >>

A combat medic, wounded warrior, and world class athlete – Ellie is a real world Wonder Woman. In June of this year, due to medical complications stemming from her initial injuries, subsequent illnesses, and their treatment, Ellie was forced to make the difficult decision to amputate her left leg. Her story is the story that many of the wounded, ill, and injured warriors face. | The Huffington Post >>