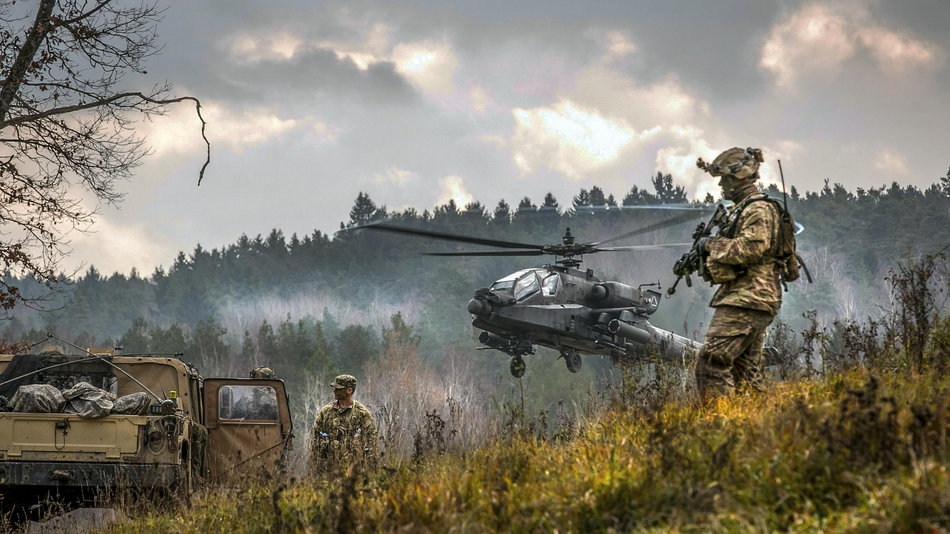 Under VA policies, hospitals are supposed to report to the national database doctors and dentists who leave while under investigation for medical mistakes or when their clinical credentials are curtailed or revoked because of poor care. They are also supposed to report medical providers to state licensing authorities if they “raise reasonable concern for the safety of patients.” | USA TODAY >>

Some of the needs of VA were obvious, such as the surge in demand caused by my generation coming home from Iraq and Afghanistan, combined with Vietnam-era veterans’ needs increasing with age. But add unexpected strains such as the increase in drug-related incidents in rural and depressed areas, this lack of congressional investment led to the disaster scenarios that keep making the news. | The Hill >>

Joseph Heller would have had a field day describing what happens to too many American soldiers these days. While on active duty in places like Iraq and Afghanistan, they begin suffering mental health problems — often they reflect the early onset of post-traumatic stress disorder (PTSD). Because of their illness, they act out, get in trouble with their chain of command, and are forced to leave with less than honorable discharges. | NBC 2 >>

“The new on-grid solar power generation project, which is the largest of its kind in Afghanistan, will not only provide access to a clean and reliable power supply, but also demonstrate the viability of future renewable energy investments through public-private partnerships,” Tumiwa added. | CNBC >>

Any longtime viewer of the Miss Universe competition knows what countries he or she can expect to see. Venezuela, United States, Great Britain, South Africa, China, Japan, Korea, Colombia – these countries are all staples in the Miss Universe pageant, but for the 2017 competition, one more country is joining the ranks – Iraq. | Bustle >>

But they face sharp criticism from politicians and populists at home and from some of America’s staunchest allies abroad, who believe the U.S. is sinking into a “forever war” based around a strategy that is too military-focused and ill-prepared to overturn endemic systems of corruption and patriarchy in Afghanistan. | U.S. News and World Report >>

The tank crew operated from inside the Abrams, but the soldiers also controlled a drone overhead to view the battlefield. The soldiers also were able to use an M58 Wolf Smoke Generator, a modified M113 armored personnel carrier, for cover and maneuver an unmanned Humvee carrying an automatic mortar system. | Army Times >>

The guided-missile destroyer was sent back to repair two new punctures in the ship’s hull, the Navy announced Monday afternoon. The punctures were caused by the heavy lift vessel MV Transshelf’s steel support structure while the Fitzgerald was being loaded. | Task and Purpose >>

“Today during our ruck march we were, like, directly across from each other and I would constantly look over at her,” Gabriella said of Kirsten. “We kinda just kept looking at each other and we’re, like, all right, we’re both doing it, we’re passing these guys and stuff. We definitely have goals to be better than the guys.” | Military.com >>

She soon found out that Harger and Carmen’s husband Jason, who is an Iraq War veteran and father of five, had the same blood type. They quickly ordered a test to see if he would be a compatible donor and two weeks later, they learned the results. Harger immediately called her husband to share the news. | Fox 17 >>

On average, veterans end up getting referred for three or four different services from organizations that include Team Red, White & Blue, which helps veterans make friends through organized exercise; the Wounded Warrior Project, which offers numerous services including mental health support and VA benefits counseling; and the Houston Veterans in Business, a networking group for business-oriented veterans. | The Houston Chronicle >>