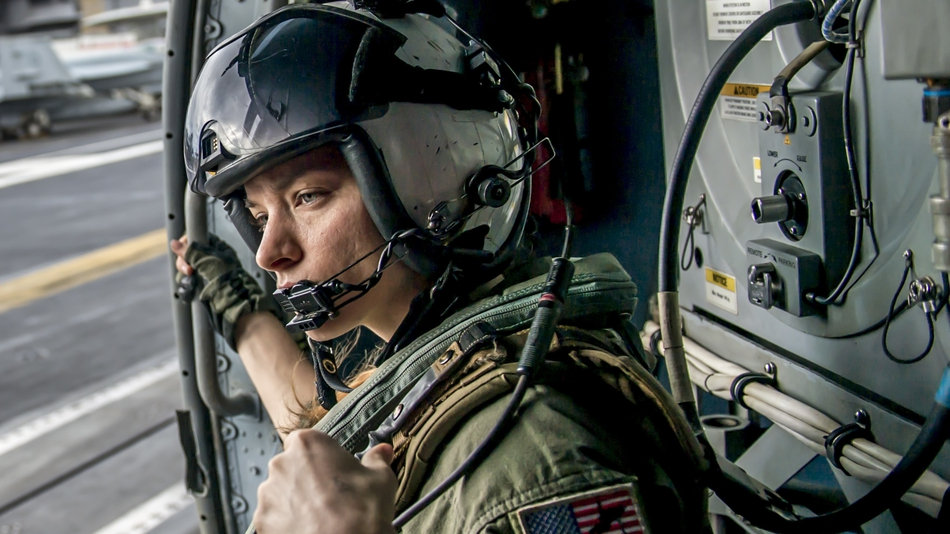 “The Department still fails to fully recognize and support women veterans,” Allison Jaslow, Executive Director of the IAVA, wrote in a letter sent to VA Secretary David Shulkin on Tuesday. “Nowhere is this failure clearer than in the Department’s continued use of an exclusionary motto.” | Bustle >>

It has been eight months since Kathy Daniels gave birth to her daughter, but thousands of dollars in bills remain unpaid as Veterans Affairs has refused to pay. Daniels is a disabled veteran with health care coverage, but learned in 2015 that VA facilities did not provide the services associated with starting a family. “The VA doesn’t treat pregnant women,” she said. | WFTV >>

In a closed ceremony, President Donald Trump touted the move as the latest signal of his administration’s commitment to veterans issues. Presidential proclamations around Veterans Day focusing on military service and family support are common, but administration officials billed the extension of those thoughts to the entire month as a significant move. | Military Times >>

In a show of gratitude for Israel’s support, Kurds proudly waved large Israeli flags at massive rallies held ahead of the vote. Although it seemed unusual for the blue and white flag to appear so freely in a region largely hostile to Israel, for Kurds it was the continuation of a historic friendship. | The Washington Post >>

The U.S. military is sending more soldiers and marines to Afghanistan to work with Afghan forces at small combat outposts. But the State Department is largely staying behind the gates and blast walls of its Embassy in Kabul and not heading out into the field. Officials say it’s because of security concerns, but critics say it prevents the U.S. from keeping an eye on how the billions of dollars in aid is being spent and improving governance across the country. | NPR >>

The Pentagon said on Tuesday that U.S. forces had moved a person who is under 18 years old to Iraq from Syria and two U.S. officials said she was a pregnant American teenager. “U.S. forces recently relocated a minor from Syria safely to Iraq,” the Pentagon said in a statement. | Reuters >>

Ships at sea must sound five short blasts of the ship’s whistle to alert the crew and the other ship of a coming collision. That did not occur in either collision. Neither the crew members below deck nor the other ships involved had any warning from the Navy that their ships were headed for disaster, the reports found. | Defense News >>

“Our immediate focus is identifying, isolating and treating recruits who present symptoms,” said Brig. Gen. William Jurney, the commander of both the depot and the Corps’ Western Recruiting Region, in a written statement. “We are working to identify the cause of the sickness, making sure our affected recruits can return to training as soon as possible and continuing training for recruits not influenced.” | Task and Purpose >>

Bergdahl has said he walked off Observation Post Mest in Paktika province, Afghanistan in June 2009 in an attempt to reach a forward operating base some 20 miles away to alert military leadership to his concerns about his chain of command. But he became lost and was kidnapped by armed Taliban fighters, who held him captive for five years. | Stars and Stripes >>

“Members of the military community who see farming in their post-service future are extended a special invitation to visit one of the host farms for pragmatic advice from those who’ve walked in their boots,” said PA Veteran Farming Project and Troops to Tractors Coordinator Mimi Thomas-Brooker. “The stories of how they transitioned from military service to agriculture are as varied as their farm operations, but each can highlight how their experiences in the armed services have prepared them for their new field.” | Herald-Standard >>

The History & Political Science Club and the Student Veterans of America Club at State College of Florida, Manatee-Sarasota will feature four veterans in a discussion about U.S. involvement in foreign conflicts. The panel discussion will take place at 11 a.m.Nov. 13 in the Selby Room, Building 800, SCF Venice, 8000 S. Tamiami Trail. | WWSB >>