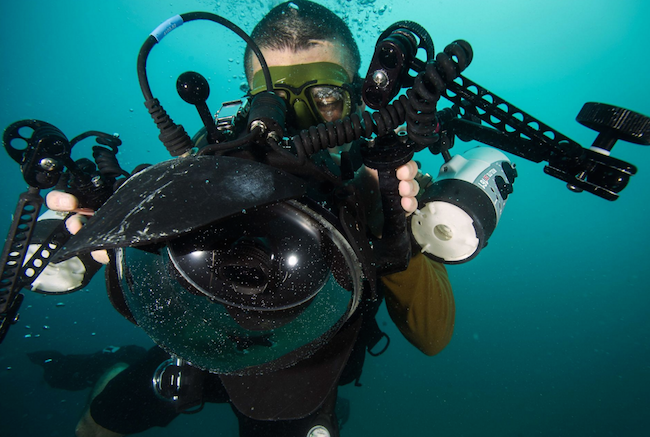 Congress to tackle military health reform next year
With the 2016 defense authorization bill close to becoming law, Senate and House lawmakers are looking ahead to fiscal 2017, with a focus on transforming the $48 billion military health care system, congressional aides say. | Military Times >>

VA: Awards help us retain top talent
VA Secretary Bob McDonald writes for USA Today: “The vast majority of employees at the Department of Veterans Affairs provide America’s veterans exceptional service. The performance awards described in USA TODAY’s article are more than a year old — October 2013 to September 2014. All were granted according to Office of Personnel Management standards. They are based on performance during that period, not on events occurring after it. The majority who received awards were rank-and-file workers.” | USA Today>>

More Afghans fear their country is headed in the wrong direction than at any point in the past decade, according to an annual survey of public opinion in Afghanistan released Tuesday. | LA Times>>

As the Taliban fighters approached, the employees of Radio Roshani fled. They locked the station door behind them, the pre-recorded programs still on the air, seemingly in defiance. On the afternoon playlist was a feature to encourage Afghan women to take part in politics. But it was never broadcast. | Washington Post>>

A leader of a breakaway Afghan Taliban faction fighting for control of the Islamist movement has been shot and wounded by a bodyguard, two Taliban commanders said on Tuesday, highlighting unprecedented chaos embroiling the militants. | Reuters>>

France invoked a never-before-used European Union “mutual-defense clause” to demand Tuesday that its partners provide support for its operations against the Islamic State group in Syria and Iraq and other security missions in the wake of the Paris attacks. | AP>>

In response to each of the questions posed by reporters, Obama made his case for a steady and persistent campaign that seeks to gradually shrink the Islamic State’s territory in Iraq and Syria with airstrikes, slowly build up indigenous ground forces and press for renewed diplomatic negotiations to end Syria’s civil war. | Washington Post>>

The ousting of Islamic State group forces from the Iraqi town of Sinjar is being touted by Kurdish leaders as a major military victory. But commanders on the ground say the extremists largely withdrew, fleeing during a pause in airstrikes. | Military Times>>

Norman Lear is the legendary TV producer behind “All in the Family,” “The Jeffersons,” “Sanford and Son,” and more. Roscoe Brown is the director of the Center for Urban Education Policy at CUNY Graduate Center. Both are 93 years old, and both served in World War Two. Lear and Brown compare their experiences in the war – Lear was a gunner on B-17s; Brown was one of the Tuskegee Airmen and former squadron commander of the 100th Fighter Squadron of the 332nd Fighter Group – and the lives they’ve lived since. | WNYC>>

The sister ship of an American guided missile destroyer that sailed last month in waters claimed by China is in Shanghai for a weeklong port visit, in a sign that although the United States strongly disagrees with actions by China in the South China Sea, their two navies still value good relations. | New York Times>>

The Army ended fiscal 2015 with 491,365 soldiers assigned to the active component, nearly 17,000 fewer troopers than began the budget year starting Oct. 1, 2014. The official headcount for 2015 is slightly above the 490,000 end strength set by Congress, but well within the .05 percent fudge factor allowed by lawmakers. | Army Times>>

In honor of those who fought bravely in the name of American freedom, WalletHub took on the mission of finding the most livable cities for our former military service members. We drew upon 18 key metrics to rank 100 of the most populated U.S. cities. | WalletHub>>

“When you get out, you’re kind of overwhelmed with the forms and stuff you need to do to get your educational benefits started,” he said. That’s where VetSuccess Americorp, managed by Communities in Schools, comes into play. Hollingsworth started volunteering at the South Campus VetSuccess center after seeing signs about it on campus. He loves the chance to plug in veterans with the resources the program has to offer. | First Coast News>>

Since 2007, Jim Lommasson, a photographer, journalist and oral historian, has conducted extensive interviews with veterans of the Iraq and Afghanistan wars. Although he originally intended for his project to be about soldiers’ homecomings, Exit Wounds, a book and traveling exhibit, soon shed light on war experiences, too. | WOUB>>

A shield for whistleblowers, an independent watchdog, a sharp investigator and a confident leader. The prerequisites for what congressional members and veterans advocates want to see in an inspector general for the beleaguered Department of Veterans Affairs is a daunting one, as the President’s pick to head the office prepares for a Senate nomination hearing Nov. 17. | Federal News Radio>>

The Department of Veterans Affairs (VA) has named longtime government IT executive, VA insider, and health IT security expert Brian Burns chief information security officer (CISO). Burns replaces acting CISO Dan Galik, who was serving in the interim after the departure of Stan Lowe this summer. Galik will be returning to his prior position as associate deputy CIO for security operations. | CSO Online>>