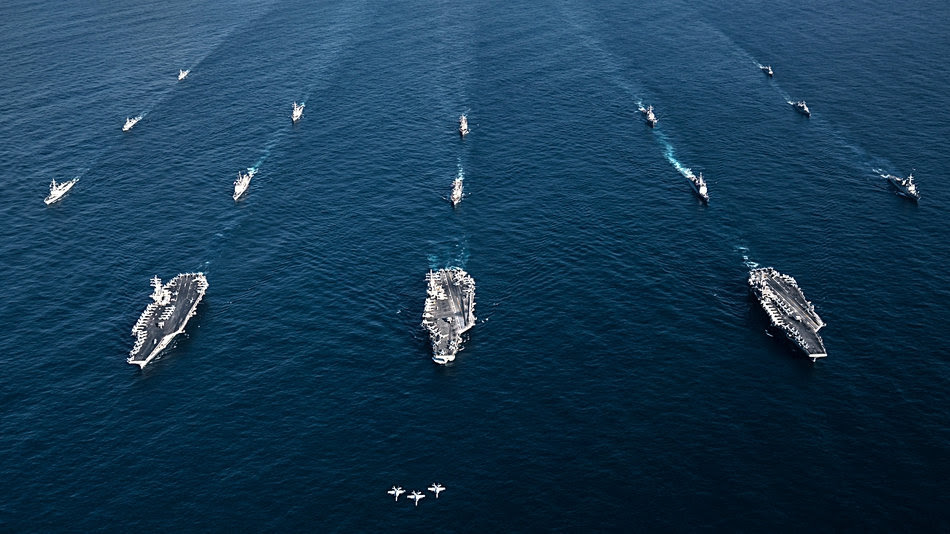 The VA Office of Inspector General recently reported to Congress that TriWest and another company, Health Net Federal Services – which oversees private VA care for the remainder of the nation – collected at least $89 million  more than they should have, sometimes by billing the government at improper rates or collecting twice for the same treatment. | AZ Central >>

It does not mean that all war veterans are the “walking wounded.” Many move on and live happy and productive lives. At the same time, many spend years struggling to reintegrate back into society. This is especially true among those who experienced and participated in serious combat situations. The main obstacle for veterans readapting to their prewar lifestyles is an inability of modern-day society to understand the burdens of war carried by our veterans. This is true in the family, workplace, friendships and even casual acquaintance. | The Philadelphia Inquirer >>

A leading organization of Iraq and Afghanistan war veterans wants the Department of Veterans Affairs to change its motto because, the group’s leaders say, the words first issued by Abraham Lincoln – “To care for him who shall have borne the battle and for his widow, and his orphan” – are outdated and, more important, they exclude the many contributions made by military women. | The Washington Post >>

The earthquake damaged the main hospital in the town of Sarpol-e Zahab that is being used to treat the thousands of wounded victims. In addition, it is estimated that 70,000 people in total will need some sort of shelter as a result of the earthquake’s damage. Unfortunately, the damage was widespread given most of the homes in the Kurdish mountains are made from mud bricks and are not best suited to withstand an earthquake. | Forbes >>

Grossi first met Fred, a “goofy-looking” stray dog, in 2010, when he was deployed in a remote part of Afghanistan. He spotted the canine poking around a few times as his team was fighting off a straight week of siege attacks by the Taliban. When things eventually calmed down, Grossi got his chance to introduce himself to Fred. | PEOPLE >>

Circling like vultures among the stalls of the town’s fertilizer market in Iraq’s northern Salahaddin governorate, they’d arrow in on the most shabbily dressed farmers, and tempt them with promises of easy riches. “Join us, and you’ll never have to worry about feeding your family,” Saleh Mohammed Al-Jabouri, a local tribal sheikh, remembers one recruiter saying. | National Geographic >>

The doctored photos were also posted on Facebook with a longer statement in Russian, but it was apparently deleted Tuesday afternoon Moscow time as social media users began to call out the use of deceptive photos. A statement in English, but without photos or a reference to the imagery that had been included with the Russian language statement, was still available on Tuesday. | Stars and Stripes >>

“Recent reports that the Army has changed medical entrance standards for those with mental health issues are inaccurate,” Seamands said in the statement. “The Army has made no such policy change and follows the accession standards prescribed by the Department of Defense.” | Military.com >>

In fiscal 2011, 325 for-profit schools saw more than 85 percent of their funding come solely from federal sources, but that didn’t include nearly $1.2 billion in defense education and GI Bill benefits. Two years later, 566 for-profit schools exceeded that 85 percent mark and took in more than $1.4 billion in VA and Defense Department benefits money. | Military Times >>

“I had a couple of bad days being in the hospital because I’d worked so hard to get into Special Forces, and that’s what I wanted to do, and that was ripped away from me,” Bullock told Men’s Health. But rather than dwell on what happened, Bullock and his brother, who served alongside him in the Army, started looking at what other adaptive athletes and weight lifters had done to change up their routines so he, too, could get back to work in the gym. | Men’s Health >>

In February 2017,  Bare, CEO of Combat Flip Flops and Army Ranger Matthew Griffin, and former helicopter pilot Robin Brown embarked on a ski ascent and descent from Mt. Halgurd  – the tallest mountain in Iraq – to the hallowed battlegrounds from which Bare once served. This incredible journey of healing spawned filmmaker Max Lowe to create the compelling documentary Adventure Not War. | We Are the Mighty >>

“We’re reaching out to cadets, current servicemen and women, veterans and providing a space” where they can tap into their inner scribe, Adam Driver, founder of Arts in the Armed Forces and a star of “Girls” and “Star Wars: The Force Awakens,” said by telephone last week. “The military has acronyms for acronyms that can explain everything, but when it comes to explaining an experience, a post-traumatic experience, there’s not a lot of opportunities.” | The New York Times >>