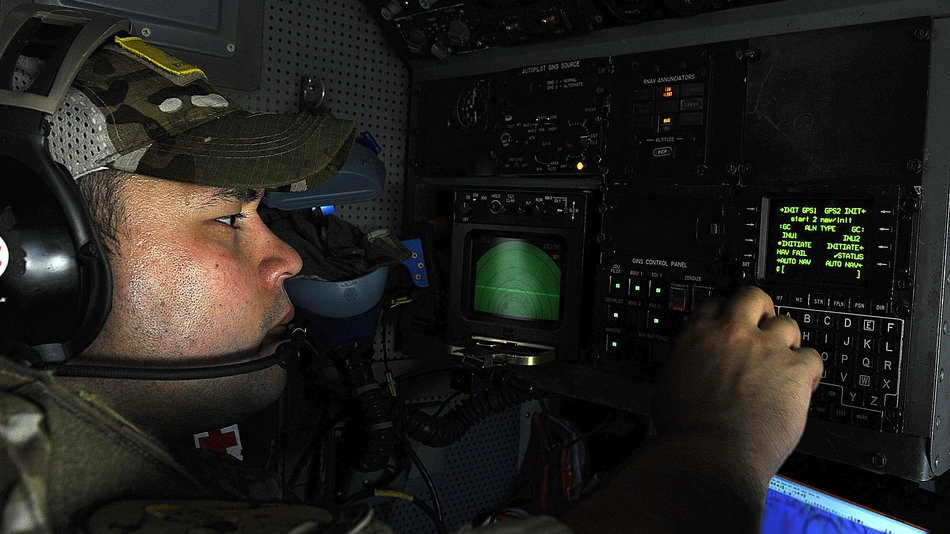 Now, a cadre of monitors clustered deep within the VA headquarters in Washington is trying to upend that trend. They are stationed in a new “healthcare improvement center,” which tracks problems at VA hospitals across the country and dispatches help to fix them – ideally before they turn into crises. | USA TODAY >>

U.S. Department of Veterans Affairs investigators plan to visit the state to look into management, personnel issues and medical practices at the Roseburg and Eugene veterans clinics, a spokeswoman for an Oregon congressman said. The investigation follows a report by The Register-Guard less than two weeks ago on claims by Dr. Scott Russi and several nurses that poor leadership at the Roseburg location and retaliation against whistleblowers were driving doctors to move to the Eugene clinic, compromising patient care. | The Columbian >>

If approved, the federal government would pay the wife and daughter of Marine Corps veteran Jason Simcakoski $2.3 million “for the purpose of compromising disputed claims under the Federal Tort Claims Act and avoiding the expenses and risks of further litigation,” according to the settlement. | Wisconsin Public Radio >>

“In a significant development this quarter, U.S. Forces-Afghanistan classified or otherwise restricted information SIGAR has until now publicly reported,” the report states. “These include important measures of [Afghan National Defense and Security Forces] performance such as casualties, personnel strength, attrition, capability assessments, and operational readiness of equipment.” | The Washington Examiner >>

The Kurdish official in charge of the crossing also denied that it had been handed over, while a senior aide to outgoing Kurdistan Regional President Massoud Barzani said the reports of Iraqi and Turkish troops taking control were “baseless”. Hoshyar Zebari, an adviser to the Kurdistan Regional Government, told Reuters discussions to allow Iraqi “oversight” at the border were ongoing. | BBC News >>

An Islamic State affiliate in Afghanistan has carried out several attacks in recent years, mainly targeting the country’s Shiite minority, which the Sunni extremists view as apostates. The IS affiliate is largely made up of disenchanted insurgents who left the much larger and more well-established Taliban. | The New York Post >>

The cause is listed as homicide, two U.S. military officials familiar with the case told The Washington Post on Sunday. A third official with knowledge of the investigation confirmed it centers on two Navy SEALs. Melgar’s death was first reported by the New York Times, which said a Naval Criminal Investigative Service investigation centers on two members of SEAL Team 6 and that a medical examiner’s determination that Melgar died by strangulation. | The Washington Post >>

“I could see light and I could see vessels and I watched them get closer and we thought it would be close enough to do a call or, if it was pointed our way, we would shoot flares and hail it on a [very high frequency radio],” her traveling companion, Tasha Fuiava, told the Today Show. “When they would turn or keep going – yeah, it was kind of sad.” | NPR >>

The Defense Department already has teams dedicated to quick turnarounds and minimum viable products, including the Defense Innovation Unit Experimental, or DIUx, and the Defense Digital Service, an offshoot of the White House tech team originally formed to salvage Healthcare.gov. But those groups work “outside the process,” while an accelerator might be more integrated into the Defense Department’s workflow, Medin said. | Next Gov >>

He was severely injured in by a roadside explosive device in Somalia in 1992, but recovered to serve an additional three years before beginning a second career as a senior intelligence officer with the CIA. Now a military historian and conflict archaeologist, Stejskal is the author of the book “Special Forces Berlin: Clandestine Cold War Operations of the US Army’s Elite, 1956-1990.” | MLive >>

Michael is a guest of the Kansas City Chiefs and the Independence Fund and will be receiving a very special wheelchair to help him with daily and physical activities. Michael opted to have his left leg amputated after enduring more than a dozen limb-saving operations over four years due to an injury he sustained while in Iraq in 2012. | Fox 4 KC >>

But this year, the San Antonio native is doing something new, a 5k race to raise money for charity. Sunday, he brings the fundraiser back to his home state. The Run Like You’re On Fire Tour event is free to the public and will take place at 8 a.m. at Pennington Field in Grapevine. | WMAZ >>