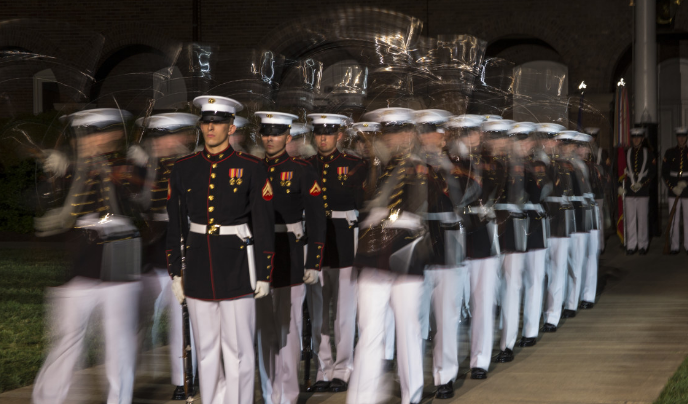 At a House hearing Wednesday, Shulkin said the VA had identified more than 430 vacant buildings and 735 that he described as underutilized, costing the federal government $25 million a year. He said the VA would work with Congress in prioritizing buildings for closure and was considering whether to follow a process the Pentagon had used in recent decades to decide which of its underused military bases to shutter, known as Base Realignment and Closure, or BRAC. | Chicago Sun Times >>

The Senate Veterans’ Affairs Committee is set to unveil a bill as early as Wednesday that would speed up the appeals process for veterans unhappy with their benefits payments. Committee Chairman Johnny Isakson (R-Ga.) and member Sen. Richard Blumenthal (D-Conn.) announced the bill in a joint statement Tuesday. It aims to overhaul the appeals process at the Department of Veterans Affairs (VA), which has been criticized as too lengthy. | The Hill >>

Veterans Affairs Secretary David Shulkin promised House budget planners on Wednesday that he’ll move ahead with plans to expand mental health services and caregiver support programs, even if he can’t get more money for the effort. “We’re going to find a way to help,” he said during testimony before the House Appropriations Committee. “We’re going to find a way to do that.” | Military Times >>

Kashefi is one of several dozen women serving in an elite Afghan police force, the Crisis Response Unit, that increasingly finds itself at the center of the country’s long war with Taliban militants. But Kashefi doesn’t just battle the Taliban. She is also up against Afghan traditions, which relegate women to domestic roles and near-invisibility in the body-length garment known as the burqa. | Los Angeles Times >>

Iraq has processed more crude through its refineries, turning it into fuel oil for export, five industry sources with knowledge of the matter said. “The Iraqis have been processing more crude internally than exporting it, hence there are more fuel oil exports,” said one Middle East-based industry source, speaking on condition of anonymity as he was not authorized to talk to the media. | Reuters >>

Officials with the Naval Criminal Investigative Service have reviewed more than 131,000 images spread across 168 websites as part of the military’s investigation into the non-consensual distribution of explicit photos and videos in the two months since the “Marines United” scandal broke, a congresswoman with knowledge of the investigation has told Task & Purpose. | Task and Purpose >>

Three-dimensional printing is becoming more prevalent in the defense industry, as engineers explore the process to make parts for the most sophisticated U.S. weapons, such as intercontinental ballistic missiles. But lesser-known projects have been in the works at a Tinker Air Force Base, Oklahoma, shop that has been producing parts for Air Force aircraft for at least two years.  | Defense Tech >>

Over the past thirty years, the percentage of women in the Navy has grown from 8% to 18%. And from ships to planes to submarines, all jobs are open to anyone. “I don’t really think there is a difference being a female in the Navy,” says Lieutenant Jr. Grade Katie Diener. “The military is very accommodating to everyone.” | Fox 6 Now >>

U.S. Army Staff Sergeant Travis Mills’ documentary, “Travis: A Soldier’s Story,” debuted Monday. The documentary details his family, fellow soldiers and his recovery. In 2012, Mills was wounded by a roadside bomb during his third tour of duty in Afghanistan. He survived but lost his limbs. | Military Times >>

A veteran paratrooper who hadn’t seen his Army pal in 16 yearsstepped forward last week to save his life after seeing a Facebook post about his failing health. On Friday, Robert Harmon donated one of his kidneys to Kai Johns in a three-hour surgery at Medstar Georgetown University Hospital, Fox 5 DC reported.  | Fox News >>

“As an EOD tech, I’ve experienced some pretty good blasts. I’m lucky. I can remember my name and still tie my own shoes.” said the 30-year-old who suffered from chronic fatigue and memory loss. “At the time, traumatic brain injury was kind of foreign to everybody, especially in the Air Force, so I didn’t really get treatment or help.” | DVIDS >>