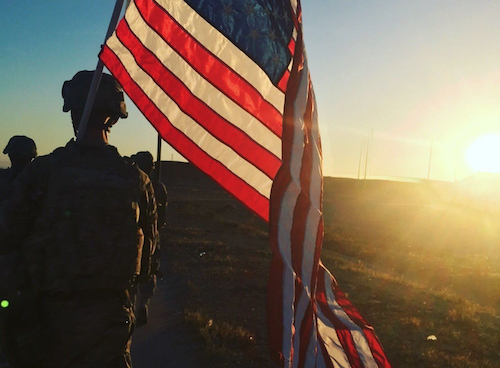 Bill Would End Tax Penalty on Vets with Forgiven Student Loans
Permanently disabled veterans or survivors of veterans who have their student debt forgiven would avoid taxes on the “income” under legislation recently introduced in the U.S. Senate. | Military.com >>

Women Vets and Violence
Every nine seconds a woman is battered in the United States, according to the American Medical Association. “That’s a staggering number,” said Paula Boothe, a social worker at the VA Medical Center in Beckley, W.Va. “Most people aren’t aware of how big a problem this really is.” | VA.gov >>

The family of a five-year-old Afghan boy who received autographed shirts from Barcelona star Lionel Messi, his football hero, has been forced to leave Afghanistan amid constant telephone threats and a menacing letter from the Taliban, the boy’s father has said. | ESPN >>

The United States and the West have long targeted Afghan opium and heroin production. Now the industry has a new enemy: Islamic State (IS). | Voice of America >>

Despite of a strong military and economic presence in Afghanistan by the United States and its allies, China has two specific reasons to become involved in Afghan issues, especially by investing in Afghanistan. | The Diplomat >>

U.S. military officials told NBC News earlier that the American was killed by direct fire about 2 to 3 miles behind the Peshmerga’s forward line after ISIS fighters breached the position and conducted a large-scale attack with truck bombs and small arms. | NBC News >>

Tens of thousands of Shiite pilgrims converged Tuesday on a golden-domed Shiite shrine in Baghdad to commemorate the anniversary of the death of a revered imam as authorities tightened security measures in the Iraqi capital amid concerns of more attacks by Sunni extremists. | The Associated Press >>

Amnesty International said on Tuesday Iraq is holding more than 1,000 detainees, some as young as 15, without charge in “inhumane and degrading conditions” at makeshift holding centers in western Anbar province. | Reuters >>

The Marine Corps says it has begun investigating whether it mistakenly identified one of the men shown raising the U.S. flag at Iwo Jima in one of the iconic images of World War II after two amateur history buffs began raising questions about the picture. | CBS News >>

Most readers know that when a car enters the shop for maintenance or repairs, the garage is likely to call up with suggestions of more work based on problems found when the hood is raised. | Defense News >>

An Army physician assistant who turned his traumatic experience into triumph when he won medals at the Warrior Games last year will attempt to repeat that success with the U.S. Armed Forces team at this year’s Invictus Games in Orlando, Florida, May 8-12. | Military.com >>

A veteran, his dog and his son are making their way across Texas one step at a time. | Waxahachie Daily Light >>

A study published in 2012 suggested that an average of 22 veterans kill themselves every day. While that conclusion is controversial — some say it’s probably lower, while others argue it’s actually much higher — everyone agrees that whatever it is, it’s too many. | Military Times >>

“Cutting it in any way would go against our nation’s solemn duty to provide assistance to our veterans upon the completion of their service,” the Council members wrote in a letter to House Speaker Paul Ryan and Senate Majority Leader Mitch McConnell. | New York Daily News >>

Members of the military who are victims of sexual assault, or those, like Jackson, who charge that a service member assaulted them, have to contend with a distinct justice system that empowers military commanders — some of whom have often worked with the accused for years — to decide how to handle their cases. | VICE >>

Since the first days of the Obama White House, Biden has been the president’s point man for what may be the administration’s toughest portfolio. President Barack Obama ran on a ”get out of Iraq” ticket in 2007, although he tried after a fashion three years later to keep some forces on, and now has ordered 5,000 back to support operations against the Islamic State. | Foreign Policy >>