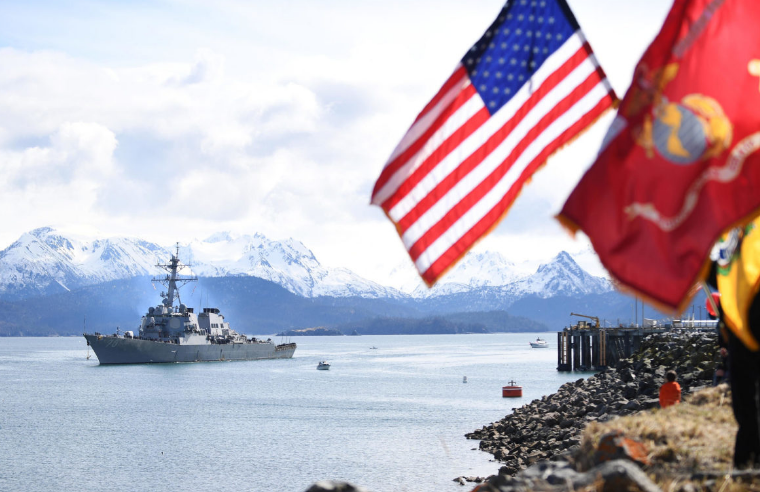 U.S. Marine combat vet Brian Callahan sat in stunned silence. A doctor at Massachusetts General Hospital had just asked him what the Veterans Administration thought about a brain mass he spotted on Callahan’s MRIs. “I looked at him and I said, ‘Excuse me?’ ” said Callahan, who was seeing the growth for the first time on the neuroendocrinologist’s screen. “He just kept pointing at it with a mouse on all the scans. He just kept looking at me going, ‘And the VA’s never said anything?’ He was dumbfounded.” | Boston Herald >>

Veterans unhappy with their benefits payouts have a five-year average wait today if they appeal the decision, thanks to outdated and cumbersome review process. House lawmakers are hopeful that soon they can take years off that wait. Members of the House Veterans’ Affairs Committee debated draft legislation on Tuesday that would radically overhaul the Veterans Affairs benefits appeals process, a move designed to simplify a bureaucracy that has left tens of thousands of veterans flummoxed. | Military Times >>

The director of a Veterans Affairs hospital in Louisiana has been fired for misconduct and failure to follow policy after serving a scandal-ridden three years in his position. Toby Mathew was hired as director of the Overton Brooks VA Medical Center in Shreveport, Louisiana in June 2014. | Washington Free Beacon >>

Accounts from witnesses and survivors cast doubt on American suggestions that the Islamic State group was to blame for the deaths of more than 100 people taking refuge in a house hit by a U.S. airstrike earlier this year in Mosul, the deadliest single incident of the months-long campaign to retake the Iraqi city. | ABC News >>

Congress has appropriated more than $117 billion total to Afghanistan reconstruction efforts, and 60 percent of that has gone to the support the Afghan National Defense and Security Forces (ANDSF). At the same time, Taliban militants have gained territory during this past year, and the top U.S. commander in Afghanistan says the conflict is at a “stalemate.” | NPR >>

In a debrief about the nine-month task force deployment, which ended in December, senior officers of Special Purpose Marine Air-Ground Task Force Crisis Response-Central Command discussed four different elements that were dispatched for specialized missions in Iraq, one for a secretive assignment at the behest of the secretary of defense. | Military.com >>

The omnibus spending bill to emerge from a bipartisan congressional committee early Monday morning includes funding to implement major recommendations made by the National Commission on the Future of the Army well over a year ago. The defense portion of the bill totals $598.5 billion, which contains less than half the $30 billion defense supplemental U.S. President Donald Trump sought, but $19.9 billion more than in the last year of the Obama administration. If the bill is passed it would fund the government through Sept. 30. | Defense News >>

The Marine Corps started a hunt for a new tropical-weather boot in December 2015 at the behest of Commandant Gen. Robert Neller. At the time, the boot was envisioned as an optional piece of gear that Marines could purchase through their local exchanges based on need. But now, officials are exploring the possibility of tweaking the new tropical design to replace the current hot-weather combat boot, which would make the future tropical boot standard issue for Marines.  | Military.com >>

The service is nearly six months into a program to pilot the app. Capt. Charles Marks, U.S. Fleet Forces Command’s sexual assault prevention and response officer, said one of its most frequently used services is SafeWalk, a virtual escort that allows users to designate contacts to follow them as they travel. But the Navy faces a challenge with trying to convince sailors that the service is not using the app to track them, Marks said. | The Virginian-Pilot >>

Back in April 2012, US Army Staff Sergeant Travis Mills was critically injured by an IED (improvised explosive device) while patrolling during his third tour of duty in Afghanistan. Mills managed to survive the physical trauma and join a tiny group of veterans who survived becoming a quadruple amputee. | WBLZ >>

Afghanistan war veteran David Pond and his partners at Regis University have met their $50,000 goal, allowing them to create an endowed scholarship to help veterans fill gaps in GI Bill funding. The fund now has a year to accrue interest and will be able to cover scholarships starting Fall 2018, one of the fund’s organizers Janna Oakes said. But the group wants to help vets sooner and will be awarding scholarships using out-of-pocket funds in Fall 2017, she said. | The Denver Post >>

It’s a sunny, blue-sky day, one of those days when the air is clear and distant objects are easily visible. It’s a good day to reflect upon where you’ve been, where you are, and where you’re going. As I sit with former U.S. Army Captain Ron Bridges and his family, I’m struck by the clarity with which he sees his life and his role in it. “I had a plan,” he says, “and I actually followed that plan.” His vision stretches from life after high school to the present day and beyond. | Cityview Magazine >>