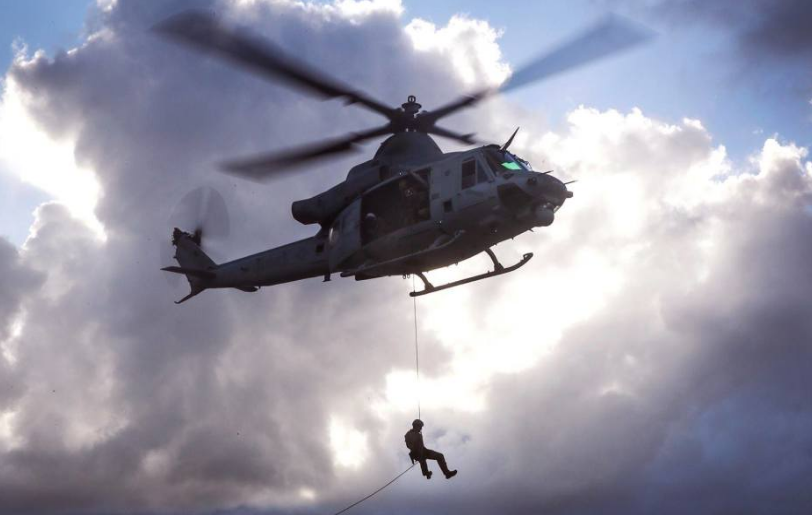 Allison Jaslow, executive director of IAVA, says that the VA’s motto reflects a major problem within the organization: it does not take seriously the rights and needs of women veterans. Women are the fastest-growing segment of the veteran population, a trend that will continue as the number of male veterans simultaneously declines over the next decades. However, many female veterans are left without the proper care to support their needs when they return from service. | WNYC >>

In recent months there has been an ongoing conversation, especially in sports, about what it means to stand during “The Star Spangled Banner”. One argument is that it’s disrespectful to those who served not to stand-it’s about honoring our veterans who fought under that flag, who volunteered to defend our country and fight for our freedoms. If we’re going to have that conversation, then we also need to have a conversation about taking better care of our veterans. If we’re really going to honor them, the national anthem and “God Bless America” shouldn’t be the only times we stand up for them. | Sports Illustrated >>

President Donald Trump’s 2018 budget proposes to inject $2.9 billion of new funding into a program that allows veterans to receive care outside the Department of Veterans Affairs, but comes at a cost to VA benefits programs – a move Democrats and veterans organizations criticized Wednesday. | Task and Purpose >>

Mr. Hastings’s book is about the misadventures of Gen. Stanley A. McChrystal, whose brief tenure as the commander of United States and international forces in Afghanistan came to an end after a notorious profile Mr. Hastings wrote for Rolling Stone (in which, among other things, the general and his cadre were quoted making remarks sorely critical of the Obama administration). | The New York Times >>

A Pentagon investigation has found that more than 100 civilians were killed after the U.S. dropped a bomb on a building in Mosul, Iraq, in March. The probe found that the U.S. bomb triggered secondary explosions from devices clandestinely planted there by fighters from the Islamic State of Iraq and Syria (ISIS). And the military says the secondary blasts caused the concrete building to collapse. | CBS News >>

The North Atlantic Treaty Organisation(Nato) is joining the US-led international coalition fighting Iraq and Syria based extremists Isis, the institution’s secretary general has confirmed. “This will send a strong message of unity and Nato’s commitment to the fight against terrorism,” Jens Stoltenberg said in Brussels on Thursday, ahead of a Nato summit attended by new US President Donald Trump. | The Independent >>

China protested a U.S. Navy patrol that sent a guided missile destroyernear a group of man-made islands in the South China Sea on Thursday, in the first American challenge to Beijing’s claims to the waters since President Donald Trump took office. | Military.com >>

“The continuing resolutions of years past have put us in this place, so before we talk specifics on growth, we need to be ready to fight with the force we have funded,” said Lt. Col. Eric Dent, spokesman for Commandant Gen. Robert Neller.  | Marine Corps Times >>

The Army is on its way to bringing its total end strength back up to over a million soldiers, but it needs a steady budget in order to keep units manned, trained and equipped, the service’s top officer told the Senate Armed Services Committee on Thursday. | Army Times >>

Joel Montes, a former Army chaplain, recalled the day in 2009 he had to inform a married couple that their son had died serving in Afghanistan. “My heart was beating fast and I was shaking,” the Huntington Beach resident said in front of a crowd of 200 Tuesday, May 23 outside the Heroes Hall veterans museum at the OC Fairgrounds. “The war at home began for me in that living room.” | OC Register >>

The brotherhood of military veterans is often forged in the dirt and grime of battle. As some veterans struggle with their reintroduction into civilian life, a unique support group offers a return to that brotherhood, and a bit of therapy, by having veterans work side-by-side in the dirt again.  | WFAA >>

The first American veteran on Idaho’s main stem of the Salmon River was Capt. William Clark. He and Meriwether Lewis had split up to search for a route to the Pacific, but this one was not panning out. The rapids were too rough for the expedition’s 1,000-pound dugout canoes, and the canyons proved too steep to portage around the whitewater. After exploring the upper reaches in moccasins, Clark complained, “I Sliped & bruised my leg very much on a rock.” With that, he etched his name in a pine tree and got the heck out of there. That was in 1805. | Missoula Independent >>