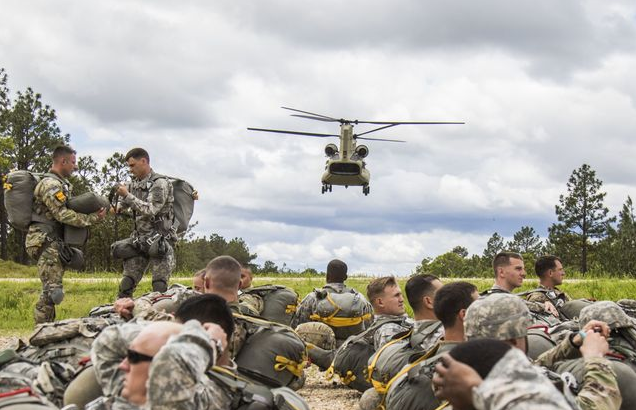 Speaker Paul Ryan had harsh words for Department of Veterans Affairs Secretary Bob McDonald on Tuesday, after the top VA official earlier compared health appointment wait times for veterans to lines at Disney. But most notable were the words Ryan didn’t use: that McDonald should resign. | Huffington Post >>

“We know far more now about the extent of the military sexual assault problem than we did a year ago, and it’s clear that nothing has changed,” Sen. Kirsten Gillibrand (D-N.Y.) said during a press conference Tuesday. | The Hill >>

Clashes between Iraqi government forces and the Islamic State group outside the city of Fallujah briefly subsided on Tuesday, the second day of a large-scale military operation to drive militants out of their key stronghold west of Baghdad. | Associated Press >>

The death of the Taliban’s leader in a U.S. drone strike has scrambled discussions between the U.S. military and the White House over whether to let U.S. forces once again conduct offensive operations against the insurgent group in Afghanistan. | The Wall Street Journal >>

And with tens of thousands of residents unable to flee the clutches of ISIS, the U.N. fears that civilians will pay a heavy toll for the liberation of the city. | CNN International >>

After less than one week on the job, Army Secretary Eric Fanning is already focused on providing soldiers and their families with more predictability amid increasing demands on the force and ongoing budget constraints. | Army Times >>

While the Army and Marine Corps are only now opening their largest contingent of combat jobs to women, the Navy has allowed women to serve on warships for about twenty years. And it’s becoming more common for female officers to command the heavily-armed vessels. | KPCC >>

Milwaukee Chefs for Homeless Vets brings Milwaukee’s best food to the table at a high price. But, the $150 spent on the greatest food Milwaukee chefs have to offer goes towards homeless veterans and the Milwaukee Homeless Veteran initiative (MHIV). | TMJ4 >>

Post Traumatic Stress Disorder — an intense anxiety disorder, triggered by severe emotional trauma — is alarmingly apparent in young men and women who have endured the ravages of war in Iraq and Afghanistan. Yet, “Art therapists have reported remarkable results from work with combat veterans” | KCETLink >>

“Upon meeting Thomas, I was impressed with his energy and honesty about the difficulties and struggles he faced while fighting for our country” | News Times >>