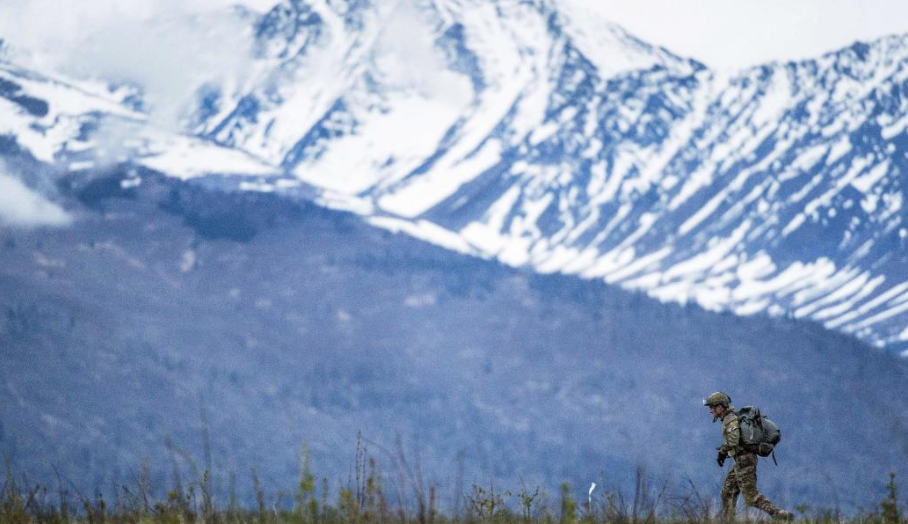 President Donald Trump’s “taxpayer focused” budget for fiscal 2018 includes smaller cost-of-living adjustments for veterans benefits payouts and eliminating those adjustments for some federal civilian retirees altogether. The controversial suggestions are likely to be met with opposition from outside advocates and some lawmakers, but White House officials insist the moves are part of a broader strategy to balance the budget without sacrificing essential government services. | Military Times >>

Every time Army veteran Henry Mayo Jr. looks in the mirror — his appearance permanently altered by medical conditions — he is reminded of his service to the United States. But the Department of Veterans Affairs denies the connection between his sickness and his service, a problem that hinges on the fact that Mayo wasn’t sent overseas, but served his country on US soil. | CNN >>

Lynch cited a hypothetical scenario in which a vet who suffered three traumatic brain injuries (TBI) – a signature diagnosis among those who served in Iraq and Afghanistan – is deemed only 10 percent disabled while specialists parse the many problems stemming from the damage. | Boston Herald >>

The Islamic State group has claimed responsibility for Monday night’s attack at an Ariana Grande concert in Manchester, England. ISIS made the claim via one of its official news outlets, but it’s not yet clear how credible the claim is. | WBUR >>

The Pentagon is pushing to reinforce the Afghan army with up to 5,000 more American troops. Some administration officials expected Mr. Trump to make a decision on a deployment before the NATO meeting, which would have laid down a marker for the other alliance members. | The New York Times >>

“The days of so-called ISIL caliphate in Iraq are numbered, thanks to the bravery and patriotism of the Iraqi security forces, including the popular mobilization forces, the peshmerga and the tribal volunteers, as well as the endurance of the Iraqi people,” the head of the U.N. Assistance Mission in Iraq, Jan Kubis, told Security Council members Monday. | Voice of America >>

This Memorial Day will be the nation’s 149th. Originally called Decoration Day, May 30th was chosen because it had no association with a particular battle. Imagine that. I doubt that can be said these days. A quick Google search brings up Memorial Day battles where American troops fought in Vietnam War and Iraq just in the last 50 years. We’ve seen a lot of conflict in a century and a half. But what hasn’t changed is that we pause on this day to remember. | Huffington Post >>

The controversial proposal to have women register for Selective Service has gone nowhere in Congress thus far and now has been referred to a commission for more study. “We have appointed a commission to look at this,” Rep. Mac Thornberry (R-Tex.), chairman of the House Armed Services Committee, said in response to a question on the status of women and the draft Monday at a Brookings Institution forum.  | Military.com >>

Despite President Trump’s promise for a massive military buildup, the Marine Corps is not expected to grow any more next fiscal year. If approved by Congress, the proposed Marine Corps’ fiscal 2018 budget will keep active-duty end strength at 185,000, budget documents show. Lawmakers recently approved funding for the Corps to grow from 182,000 to 185,000 this fiscal year. | Marine Corps Times >>

Retired Army Sgt. 1st Class Debra Kay Mooney said that on this upcoming Memorial Day, and every other day of the year, she remembers the fallen she served with in the Oklahoma Army National Guard. As a combat engineer, Mooney served in both the first and second battles of Fallujah, Iraq, that occurred in 2004. | Department of Defense >>

There’s another reason why the iconic park has sentimental value to Johnson. Johnson is a 29-year Army veteran who’s served in Iraq twice as well as Afghanistan and Bosnia – that’s four wars. But Johnson says he waged a fifth war here in Louisville, dealing with the aftermath. He tells his story in his memoir, “Five Wars: A Soldier’s Journey to Peace.”  | WFPL >>

The traumatic experiences on the battlefield, if not addressed, are brought back to civilian life by the veteran through feelings of isolation, nightmares, insomnia, guilt, shame, addiction and a lack of motivation — a few signs of PTSD that can damage a person’s life and relationships. | The Lowell Sun >>